Mithra is one of the most remote Indo-European divinities, member of the known pantheon and common between northern India and Iran. The first document found that mentions its name is from the second millennium B.C. It is a clay tablet from Boghaz-Köy, in present-day Turkey, which was the ancient capital of the Hittite Empire. In it, Mitra is invoked as guarantor of an agreement established between the Hittites and a neighboring people, the Mitanians. 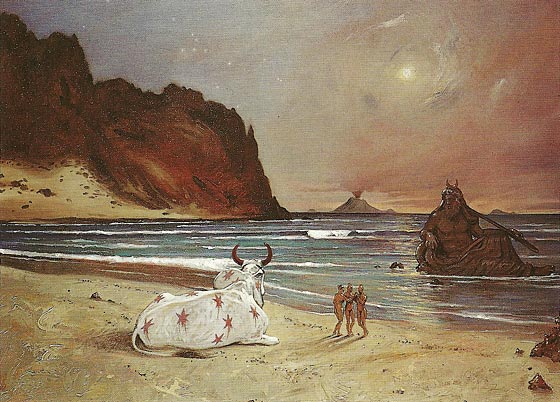 The term Sanskrit Mitra, like the Iranian Zoroastrian Mitra, comes from the hypostasis Proto-Indo-Irania *mitra, which means contract. In the Indian subcontinent, Mitra is the protector of honesty, friendship, as well as contracts and meetings. Mitra is one of the figures appearing in Rigveda where he is intimately associated with Varuna.

In the Iranian tradition, since the reform of Zarathustra, Mithra (Miθra) is considered a yazata, i.e., a divinity, of the covenants and of the given word. By extension, Mithra is the protector of truth, among other functions of agrarian origin.

The term Mithra evolved into Mehr, Myhr, from which the current Mihr in Persian is derived. The tenth Yasht of the Avesta, the Persian sacred text, is entirely dedicated to him and defines him as "Mitra, the lord of broad pastures, with a thousand ears, a thousand eyes, a Yazata invokes him by his own name [...]".

Later, Ahura Mazda, the supreme god, reveals to Zarathustra: "Truly, when I created Mithra, the lord of broad pastures, or Spitama! I created him as worthy of sacrifice, as worthy of prayer as I myself, Ahura Mazda". Since then, in the Zoroastrian calendar, the sixth day of the month and the seventh month of the year are consecrated to him, of which Mitra/Mihr is protector.

The origins of the Roman Mithras

There is no consensus among researchers on the origins of Roman Mithraism, better known as the Mysteries of Mithras. According to Franz Cumont, the first great modern scholar of the Persian mysteries, it would be the Romanized form of the Mazdeist or Zoroastrian religion. Cumont following the trail left by Plutarch (Pompey, 29), states that pirates installed in Cilicia, south of Turkey today, already practiced Mithraic mysteries in 60 BC. These were sent as slaves by the thousands in Italy, from where the cult of Mithras radiated to the rest of the European continent. We find, however, a documentary void in this regard that prevents us from categorically asserting this hypothesis. It has also been suggested that the cult will come with the troops that fought in Greece and Asia Minor during the Mithraic Wars, 1st century B.C., but even so, we cannot affirm it categorically.

Other contemporary researchers, such as Roger Beck or R. Merke, advance the possibility of the creation of mysteries in Rome itself. They would be, in this case, religious or high officials with a wide knowledge of Iranian mythology, as well as of Roman Gracchus religion and philosophy. In this direction, Manfred Clauss affirms that " Mithras, identified with Helios, the Greek solar god, was one of the gods of the synthetic and real Greco-Iranian cult, created by Antiochus I, king of the small but prosperous state of Comanege, in the middle of the 1st century BC". One of the evidences used in this hypothesis is the implantation of the found Mithraic temples, but unfortunately they ignore the symbolic and figurative evidences, as well as the deep meaning of the cult. J.R. Russell argues that "it is out of ignorance that some current writers propose as definitive other solutions to the question of the origins-solution that completely excludes the Iranian religious component in the center of the doctrines of worship".

For his part, David Ulansey, in the "creationist" perspective, revisits the mysteries from an exclusively astrological point of view. In this case, Ulansey maintains that the mysteries obey the discovery of the phenomenon of the precession of the equinoxes, advanced by the Greek astronomer Hipparchus of Nicea.

As is usually the case, the truth is most likely to be found at an intermediate point between the hypotheses that have been put forward over time. As a syncretic religion, Mithraism cannot be reduced to a purely circumstantial expression that excludes the many evidences from other Indo-European regions.

Mithras in the Roman Empire 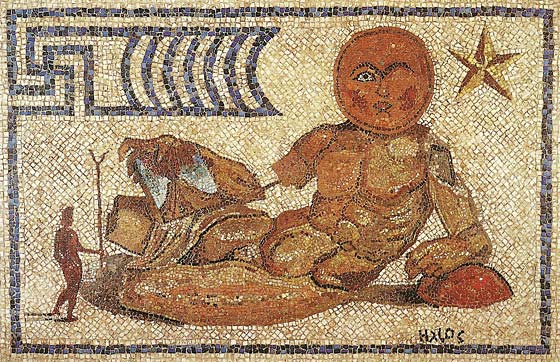 The practice of mysteric cults had been known in Rome since ancient times thanks to the Hellenistic world, where the Eleusinian mysteries enjoyed great prestige. Later, the Romans adopted the Phrygian goddess Cybele, as well as Bacchus-Dionysos and Isis. The earliest record of Mithras in the Roman world is found in the late 1st century Thebaid of Statius, where the Latin poet writes "Mithras, who, beneath the rocks of the Persian antechamber, twists the horns of the reluctant bull". The first archaeological evidence relating to Mithras dates from the same period, around 98-98 AD. It is a relief of the solar god killing the sacred bull consecrated by Alcimus, slave of T. Cladius Livianus, prefect of Trajan. Still, the state of evolution of Mithraism at that time is unknown.

The Mysteries of Mithras reached their peak between the 1st and 4th centuries AD. The role of the Roman legions as a source for the spread of Mithraism in different areas of the Empire has been confirmed by the presence of temples and other monuments devoted to Mithras in the camps of the Limes and in settlements of a clearly military character. Roman legions accompanied the spread of Mithraism in areas such as Thrace and Crimea, North Africa, Britain and Dacia.

The development of Mithraism in military settings indicates the special interrelationship between Mithras and the Roman legions. The presence of its cult was rare in rural areas, with the exception of some sanctuaries built in private villas, occasionally of impressive dimensions such as the Vil·la del Munts, Spain. In many urban settings the wealth of evidence suggests that social groups other than the military were also involved in both the cult and its spread throughout the empire. In this sense, we must take into account the role that merchants in the region of Asia Minor may have played, since their own mobility may have promoted the propagation of Mithraism from the 2nd century AD onwards.

This hypothesis is based on the abundance of epigraphic testimonies where the Greek-Eastern origin of the dedicatees is evident. This has led us to believe that on many occasions it may have been these merchants of eastern origin who brought with them the practice of worship and introduced it into those areas where they settled to exercise their economic activity. This could explain the presence of Mithraea in areas where the military element was quite weak or practically null.

Finally, we cannot forget the abundant presence of other freedmen and slaves, and the role they could also play in the propagation of the cult.