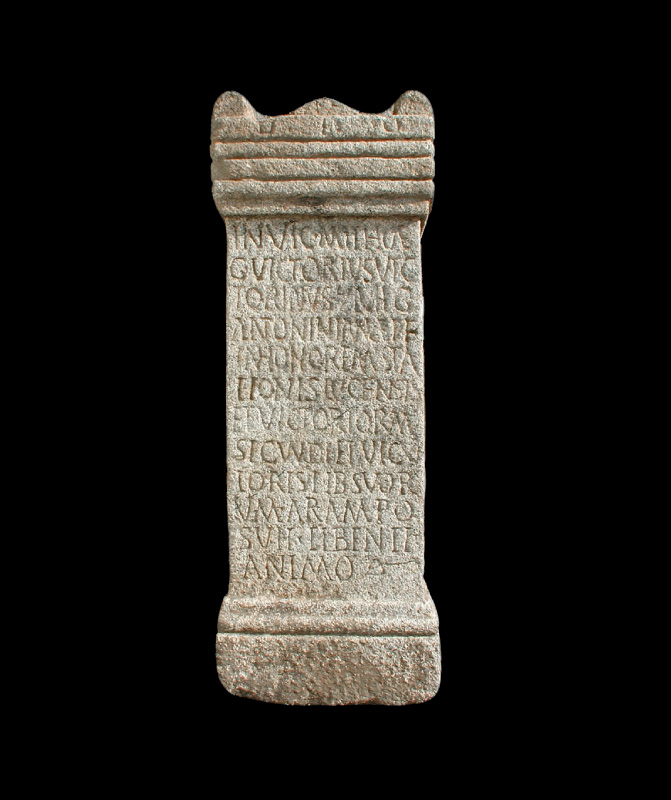 During 2003 excavations made near the Plaza Pio XII in Lugo (ancient Lucus Augusti) revealed a house and an altar in granite with an inscription to Invictus Mithra. It was dedicated by a C. Victorius Victorinus, centurion of the Legio VII Gemina Antoniana Pia Felix, apparently in the early 3rd century. The inscription appeals for protection of the military garrison at Lugo ("Statio Lucensis") and his two freedmen, Victorius Secundus and Victorius Victor.
A correspondent writes that this is a unique example of a man of such high social status mentioning someone socially inferior within an inscription of an altar.

The mithraeum seems therefore to have been constructed at the beginning of the 3rd century and, to judge from the numismatic evidence, have continued in use as a religious centre for its community until the mid 4th century.

Two inscriptions were found. The first is a rectangular block of granite of uncertain meaning.