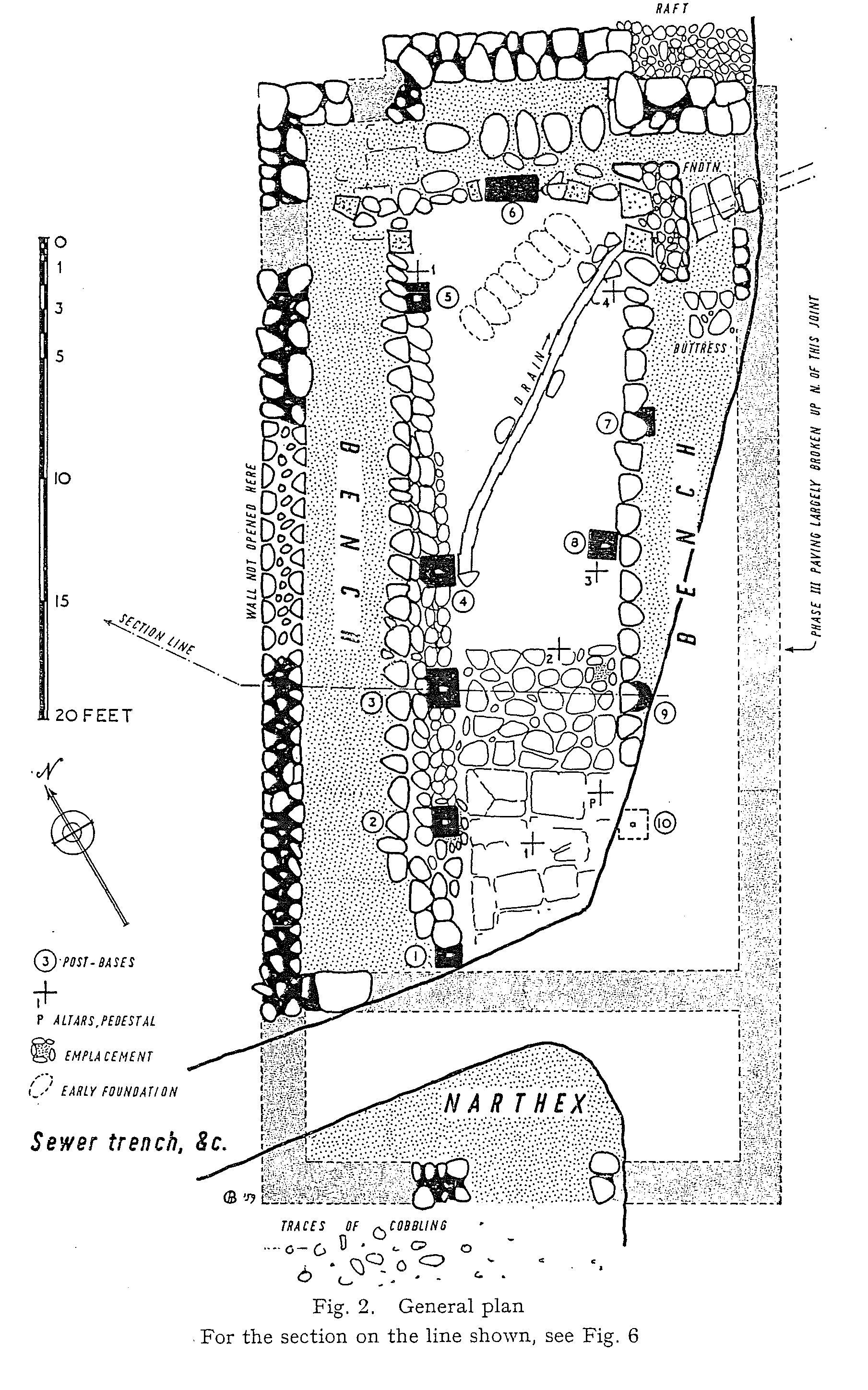 The temple was located 137 metres north-east of the Roman castra of Segontium on the outskirts of modern Caernarfon in North Wales. The remains were discovered by accident on 2 April 1958 and excavated by the National Museum of Wales in August of the following year under the direction of George Boon.