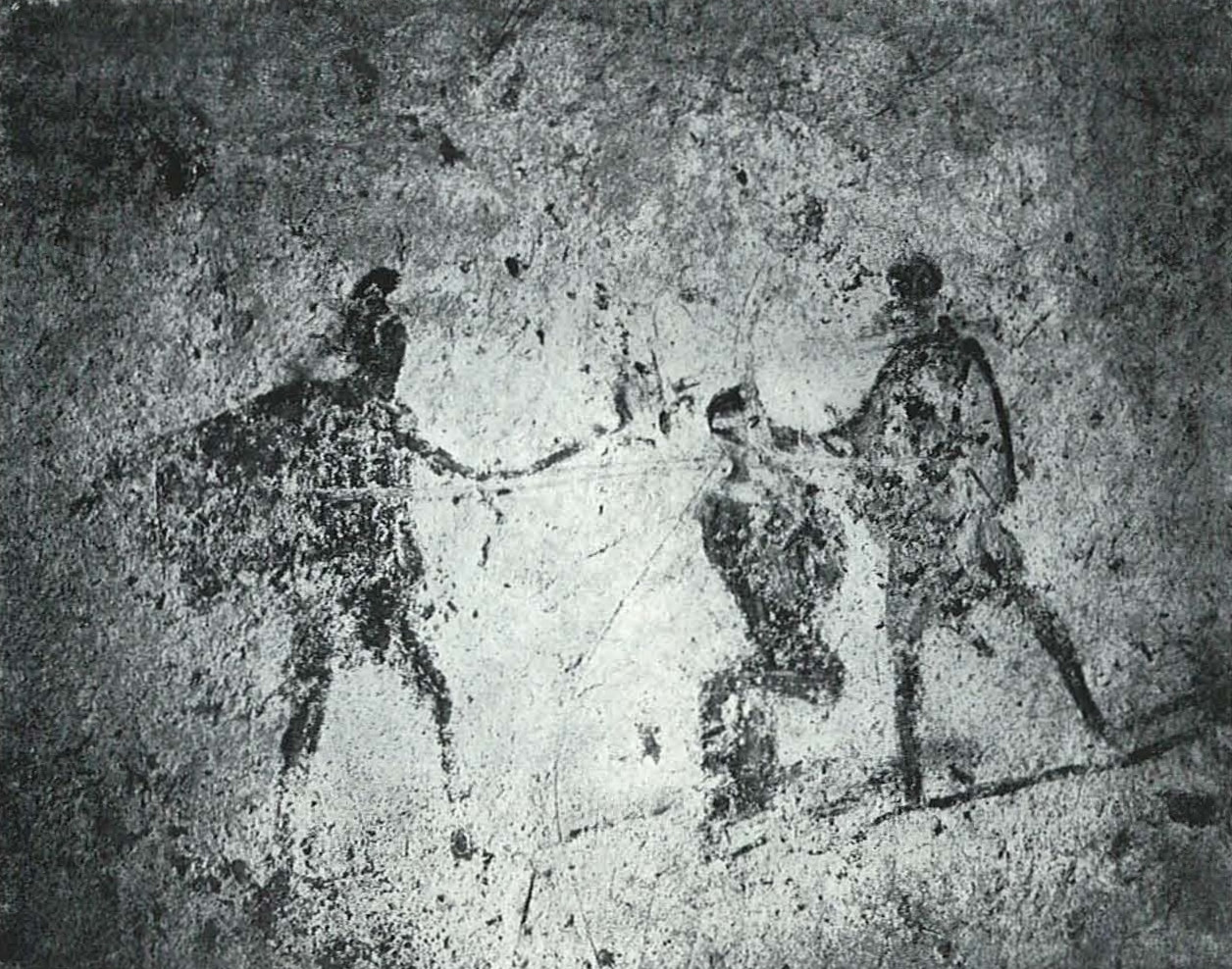 Before the standing mystagogus, dressed in white tunica with red stripes, the myste kneels down with folded hands. Here he is blindfolded as well, with a white bandage. Behind him a priest approaches dressed in a red mantle and Phrygian cap; he seems to hold a sword or staff in his hands.

Three figures in a dramatic group. The mystagogue, in a billowing cloak edged in red, and wearing a phrygian cap, stands on the left; in his outstretched left hand he is extending a stick-like object, perhaps a sword, towards the initiand. The latter's eyes are still blindfolded, and he is kneeling: his arms appear to be tied behind him. Ambrosiaster describes, in the passage just cited, how the initiand's hands were tied with chicken's guts, which were then cut through by a man calling himself his 'liberator'. Behind the initiand stands the assistant mystagogue, who seems to be keeping a firm grip on him.