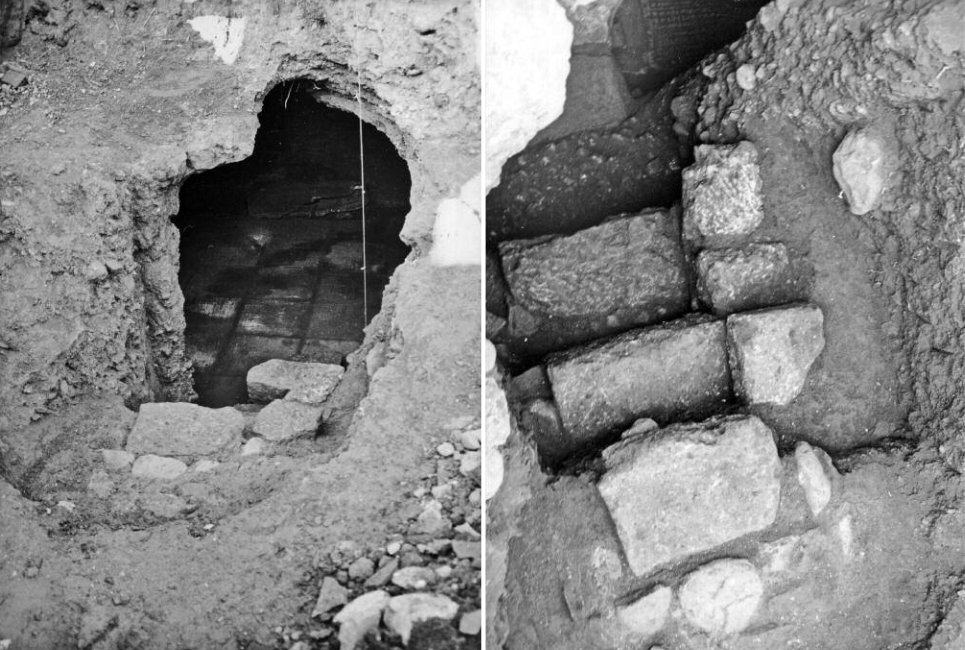 The rescue excavation in the plot at 19 Sotiriou Lontou in modern Aigio has revealed a shrine to Mithras, a god of Persian origin whose cult was widely expanded in the roman empire. The underground cave was cut into the conglomerate rock of the area, and a flight of eight steps of stone slabs led to it. Its dimensions are 4.5 x 4 m, and its floor was paved with large square clay slabs.

At the western side of the cave, opposite the entrance, an apse was carved in the rock, where the cult relief or the statue of the god once stood.