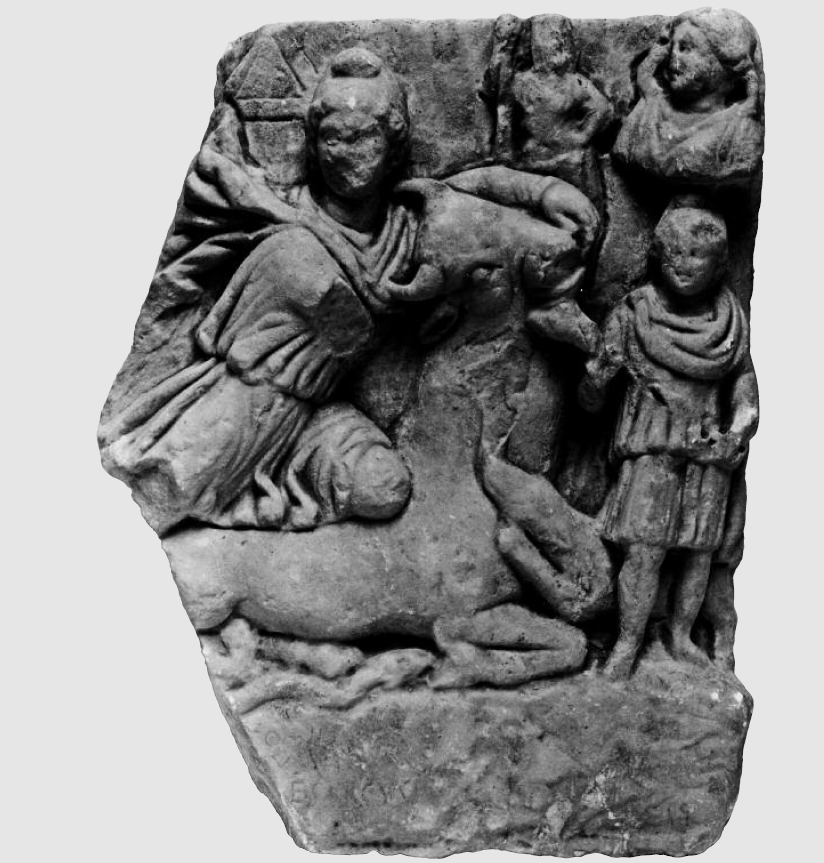 Another Eastern cult, that of Mithras, although not mentioned by Pausanias, is nevertheless confirmed by the finding of an embossment featuring a Mithras Tauroctonus, and a Latin inscription. The introduction of the worship of the Persian God is due to the Roman veteran soldiers, to whom Augustus gave land. This cult, like that of Isis, is also known in Aigio, where his cult, which was published by E. Kolia, was recently located.

The Tauroctony of Patras was found years before the temple over which the relief of Mithras sacrificing the bull was supposed to preside.