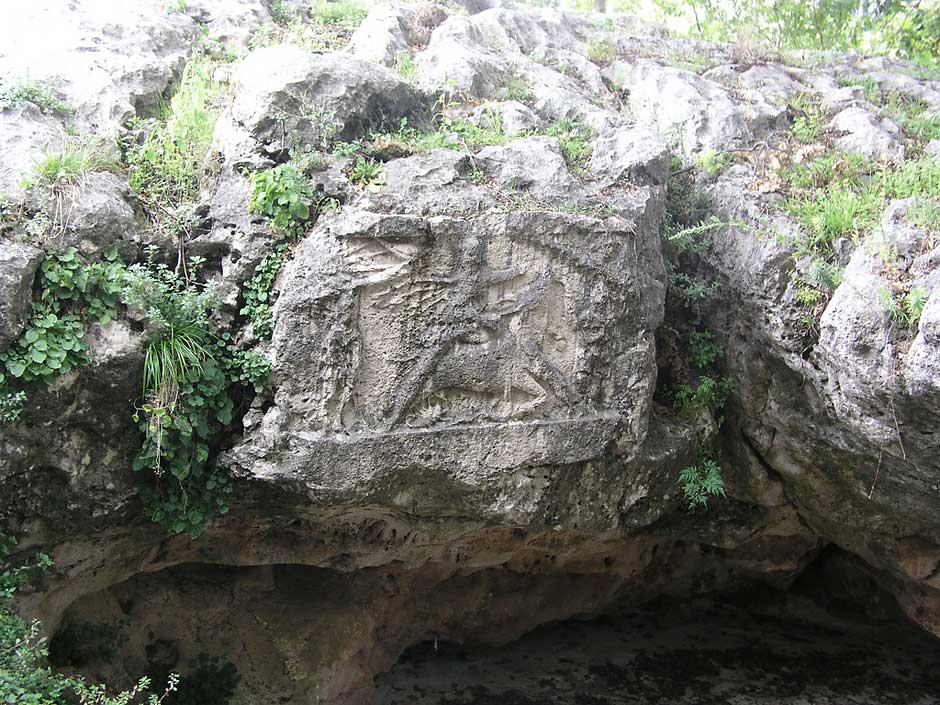 A Mithraeum situated in a grotto near the village of Močići at a distance of about one hour's walk from Cavtat, the ancient Epidaurum.

Near the entrance of the grotto, the so-called "Tomina Jama" there is a well and above the entrance the relief with the representation of Mithras as a bullkiller is carved out. The bull is represented as being killed at a trot. The dog, the serpent, the scorpion and the raven are on the usual places. Cautes (r) and Cautopates (l) hold the torches with both hands; they are not cross-legged. In the r. upper corner a crescent (Luna); in the other corner a star with seven rays (Sol), three of which darting out in the direction of Mithras.

Rendić is of the opinion that the grotto was used at once as a sanctuary for Mithras and Silvanus. A relief of the latter god was all but completely destroyed.