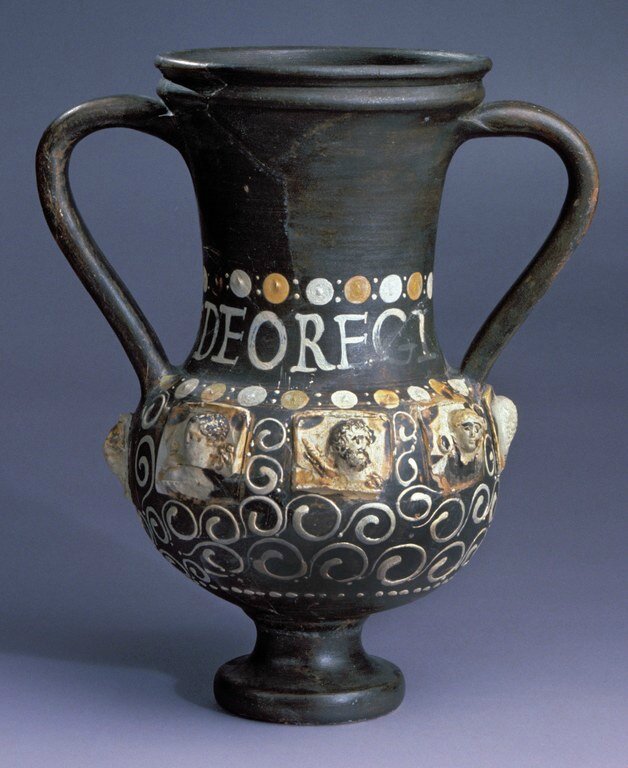 A drinking vessel, krater, decorated with reliefs of the days of the week and an inscription by Cupitius to the god and king Mithras. Although its refined execution has led scholars to believe that this piece was intended for a shrine, it was found in the workshop that produced it, perhaps broken during its manufacture.

The inscription translates as 'Cupitius has given [this] as a gift to the god and king [Mithras]'. The title 'god and king' for Mithras is known from a handful of other inscriptions, including other ceramics from Trier.