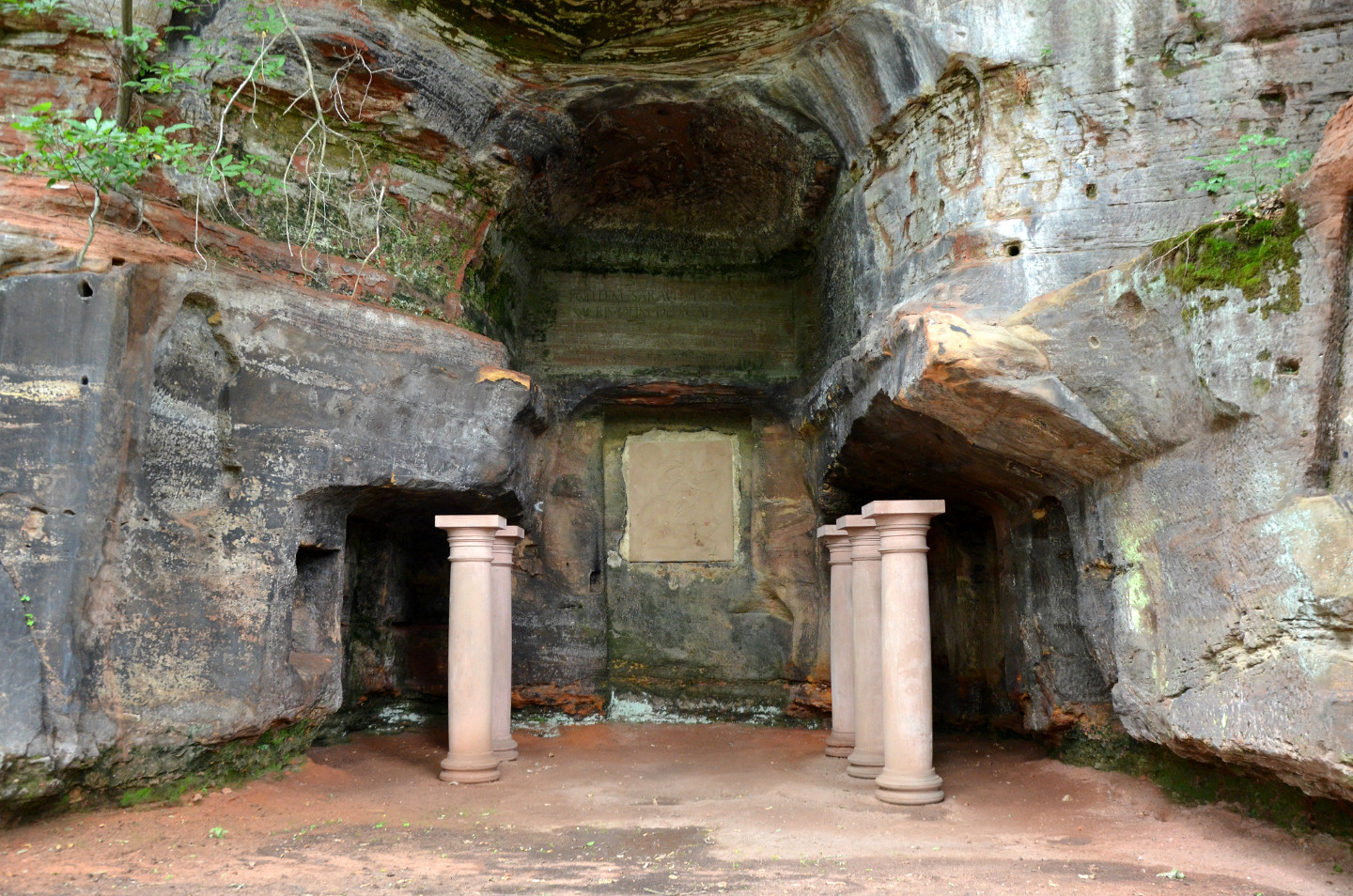 General view of the Mithraeum of Halberg
Carole Raddato

A Mithraeum on the Western slope of the Halberg near Saarbrucken. The sanctuary, called in popular language "Heidenkapelle" or "Heidenkirche", lying on the terrain of Freiherr Braun von Stumm, was explored " about 1920. "

The sandstone slope, which lies from North to South, has been artificially worked over a space of 43 mtrs and shows several deep holes and niches. At a distance of about 15 mtrs from the N. side, one enters via an entrance a hewn-out cave (Br. 6.50 D. 9.