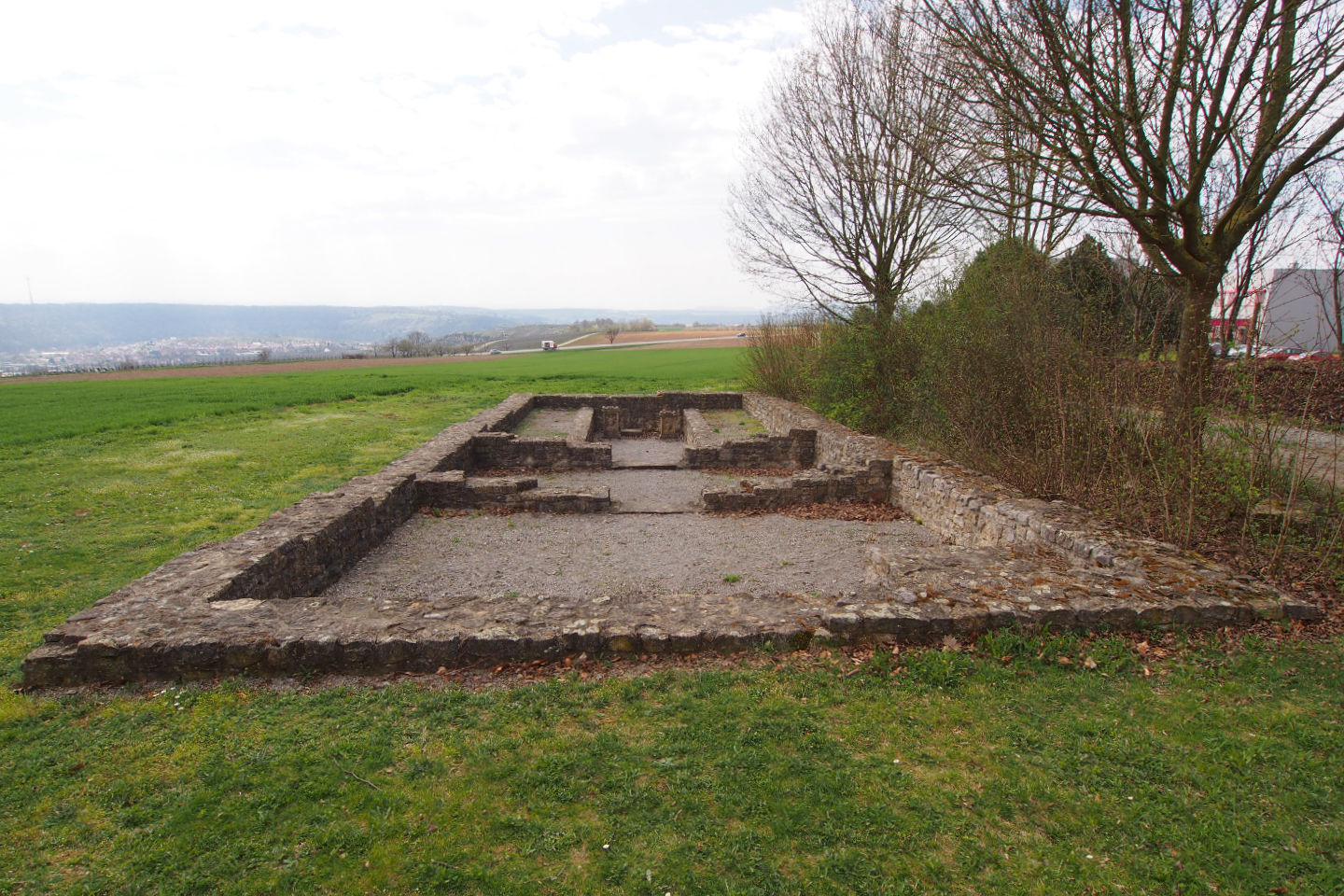 Remains of the Temple of Mithras at Mundelsheim.

The shrine consisted of an ante-chamber, a second ante-chamber (with floor at lower level - possibly originally floored in timber) and lastly the cella. In the latter there was no evidence for a niche or apse at the back (SW) wall, though presumably there was a podium along the lines of that used in the restoration of ths site. The fronts of the benches showed evidence of painting.