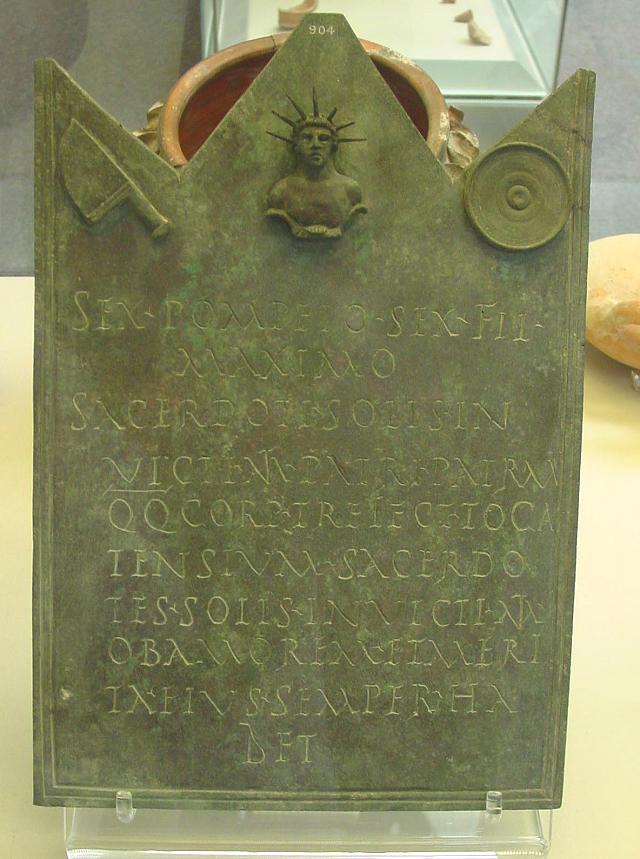 A bronze inscription, now in the British Museum, may also come from the Mitreo Aldobrandini. Below a small bust of Sol a inscription put up by all priests of Mithras in Ostia and Portus, in honour of Sextus Pompeius Maximus, 'father of the fathers'. Apparently he was the leader of the cult of Mithras in Ostia. We also learn that he was in charge of one of Ostia's ferry services.

Above the text are a bust of Mithras with a sacrificial knife and a patera (mixing bowl).