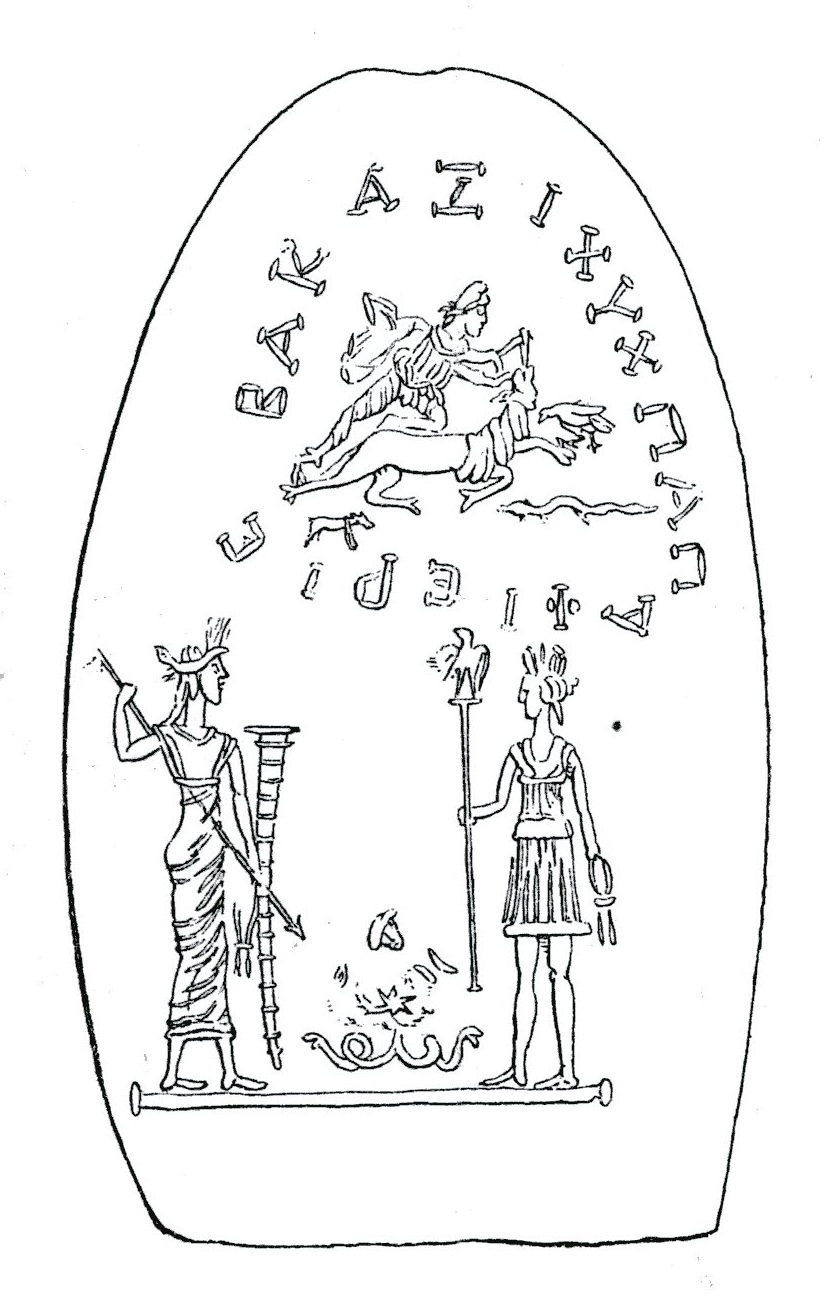 [This] large axe-head now in Athens is said to come from Argos. It is of green color (serpentine) and slightly shorter than the Ephesian specimen (10.3 × 5.2). One side was engraved in Roman times with two scenes.

In the lower half we see the standing figures of Athena and Zeus in a scene familiar from a gigantomachy like the one on the Altar of Zeus at Pergamon: the goddess is about to stab a tiny snake-footed “giant” with her spear, while her father looks on holding a scepter topped by an eagle, his usual attribute.