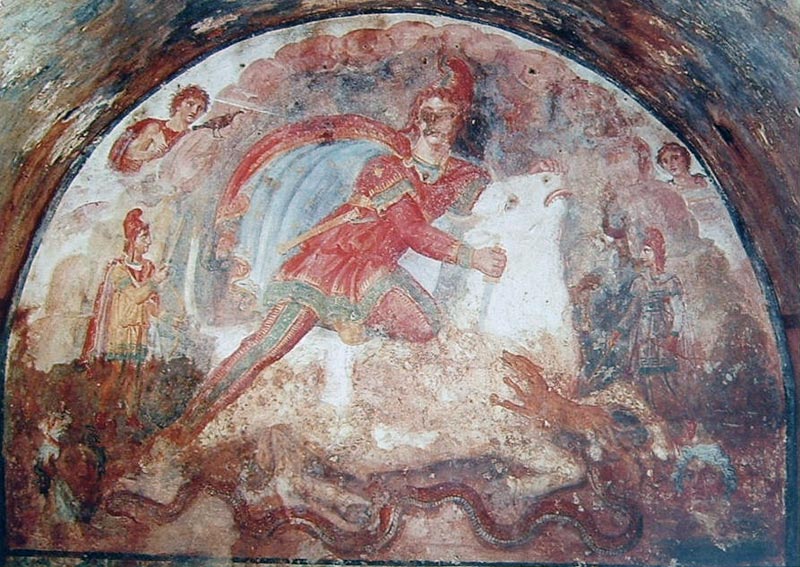 In a brown cave-vault Mithras kills the white bull, whose tail ends in three golden-yellow ears. The god is dressed in red eastern attire with a green piping decorated and yellow ornaments. The sheath at his side and the shoes are yellow. On his head with dark curly hair, the front of which is damaged, he wears a red Phrygian cap with a green piping similar to those on the other garments. The inside of the flying cloak is adorned with seven stars on an azure firmament. The raven, represented as a dove, is perched on the rocky ledge.