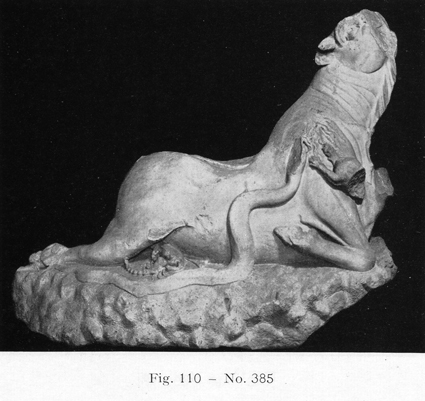 Mithras as a bullkiller on a rocky base. The god's r. foot only, standing on the bull's hoof, has been preserved. The bull's muzzle with the horns and ears, its tail and L foreleg have got lost. The serpent and the dog near the wound; the scorpion on the usual place. The dog's hind-quarter and head are not preserved.