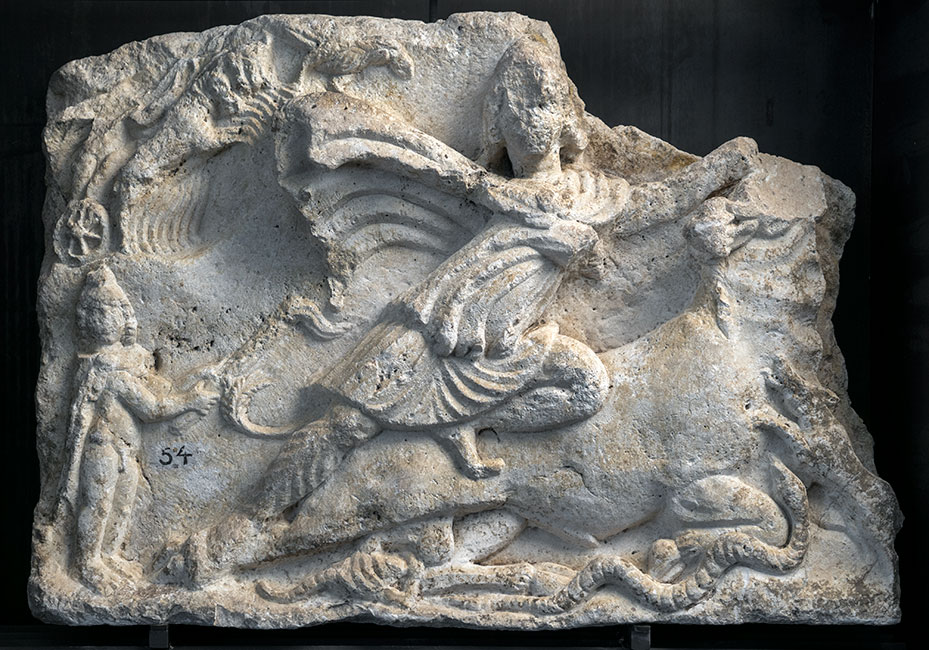 Mithras in Oriental dress kills the bull whose tail ends in three corn-ears. The dog, the serpent and the scorpion in the usual places. The raven is perched on Mithras' flying cloak. Behind the bull Cautes stands not cross-legged, turned towards Mithras. He holds the burning torch upwards with two hands. Above him Sol in shoulder-cape and whip standing in a quadriga.

Lost: the right upper corner with Luna, Cautopates, the left hand and part of the right arm of Mithras. The god's face is damaged.

Cumont was of the opinion that the monument came from Zadar but up to now no Mithraic monuments have been found between the rivers Krka and Zrmanja. Patsch gives as the placo of discovery Citluk-Aequum.