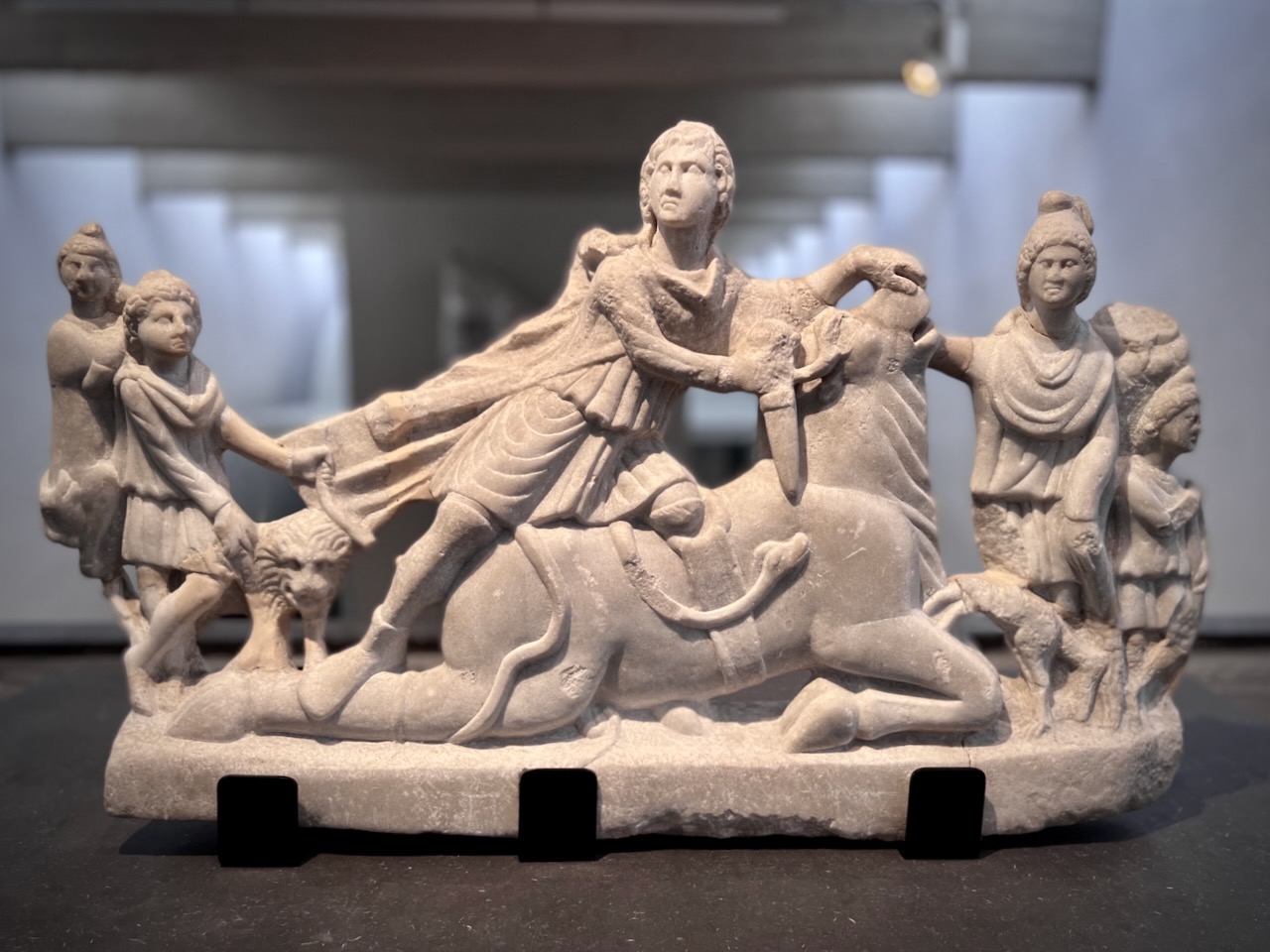 This openwork marble relief came to light between 1882 and 1883, broken into several fragments, in the large Mithraeum of the Roman colony of Sarmizegetusa, the capital of the province of Dacia. The craftsman, or the individual commissioning the relief, opted to combine several moments from the story of Mithras in a single image.

At the centre, Mithras, larger than the others, stands blocking the bull with his left knee, while holding it by the nostrils with his left hand and stabbing it in the throat with his right.

The large number of monuments found at the Mithraeum of Sarmizegetusa and the sheer size of the temple are unusual.

The rock of Mithra's birth in the Petrogenia of Sarmizegetusa is surrounded by a snake.

The Cautopates with scorpion found in 1882 in Sarmizegetusa includes an inscription of a certain slave known as Synethus.

This sculpture of Cautes holding a bull's head was found in 1882 in Sarmizegetusa, Romania.