Enter
Mithras explores the history and practices of the ancient mystery religion Mithraism, looking at both literary and material evidence for the god Mithras and the reception and allure of his mysteries in the present.

The genesis and spread of Mithraism remain highly controversial. This book examines our current state of knowledge on the pre-classical Indo-Iranian god, Mitra, and argues that Mithraism was a product of Mitra’s encounter with the religious thought of the classical world. It then charts the life history of Mithraism in the Roman Empire, exploring the social background of its initiates and the reasons for their attraction to the religion. The rituals and beliefs of the cult are as mysterious as its origins; in studying Mithraic "caves" and paintings found in some Mithraic temples, we can better understand and reconstruct the rituals the Mithraists practiced. While "bull-slaying", or tauroctony, lies at the core of the Mithraic mythos, this volume explores other incidents in the god’s life depicted in ancient art, including his miraculous birth and his banquet with the sun, as well as the disconcerting lion-headed "enveloped god". After a fall from grace in the post-classical world, Mithras has resurrected himself in the present, establishing himself as one of the most recognisable if elusive gods of antiquity.

Mithras provides a fascinating study of this complex god that will be of interest to scholars and students of Roman and Late Antique religion, mystery cults, as well as those working on society and religion in antiquity more broadly.

Andrew Fear is a Lecturer in Classics at the University of Manchester. Educated at Lancaster RGS and New College, Oxford, he has a long-standing interest in ancient religion and the Western Esoteric Tradition. He has produced translations of the late classical Christian historian Orosius and also Visigothic hagiography. 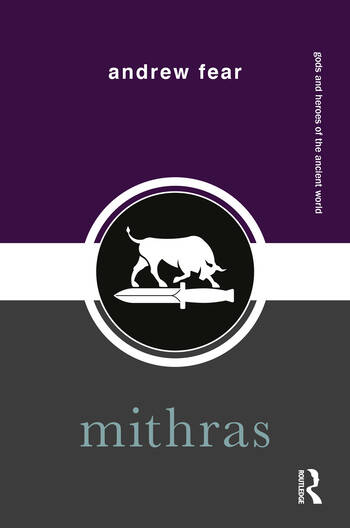 Routledge
Gods and Heroes of the Ancient World