Enter
Known as Mitra to the Indians, Mithra and Zarathustra (Zoroaster in Greek) to the Iranians, and Mithras to the Romans, this is the oldest of all living deities. Mithras was recognized as the greatest rival of Christianity, a greater threat even than the religion of Isis. If Rome had not become Christian, it would have become Mithrasian. Mithraisians had a sacrament that included wine as a symbol of sacrificial blood. Bread in wafers, or small loaves marked with a cross, was used to symbolize flesh. The priestly symbols were a staff, a ring, a hat, and a hooked sword; members were called brothers, and priests were called "Father." Mithras was born on December 25th. He offered salvation based on faith, compassion, knowledge, and valor. He appealed to the poor, the slave and the freeman, as well as to the Roman aristocracy, the militia, and even to some emperors. The Christians sacked his temples, burned his books, and attacked his followers; they desecrated his temples, and built their own churches on the same foundations as the old Mithraic temples. Cooper examines Mithras and his religion in the most complete study ever done. He explores the various forms of this god--worshiped from Lisbon to modrn Bangladesh, from the Scottish border to the Russian Steppes--and investigates the worship. This is an exciting journey into living mythology, the history of a living god, and will fascinate modern Western readers who want to know more about the spiritual path--whether they want to better understand contemporary Christianity, the basis of many contemporary ideaologies, mythology, or the Western Mystery Tradition. 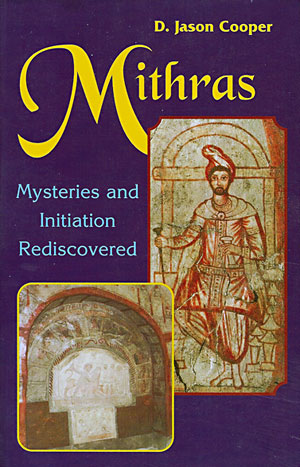