Enter
In this work, Attilio Mastrocinque cautions against an approach to Mithraism based on the belief that this mystic cult resembles Christianity. While both Christian and pagan authors testified that Mithraic elements were indeed borrowed, according to Attilio Mastrocinque this was only done by some gnostic Christians. He counters that Roman Empire ideology and religion provide better clues on how to approach the matter, contending too that Virgil proves to be more important than the Avesta in understanding Mithraic iconography. The meaning of the central scene – the Tauroctony – thus becomes clear when the Roman triumph's central act of bull sacrifice is thought of as just that, with Mithras playing the role of victor as author of this success. The episodes depicted on many reliefs relate to a prophecy known to Firmicus Maternus and other Christian polemists, and which foretold the coming of a saviour, i.e. the first emperor, when Saturn returns and Apollo-Mithras will rule. 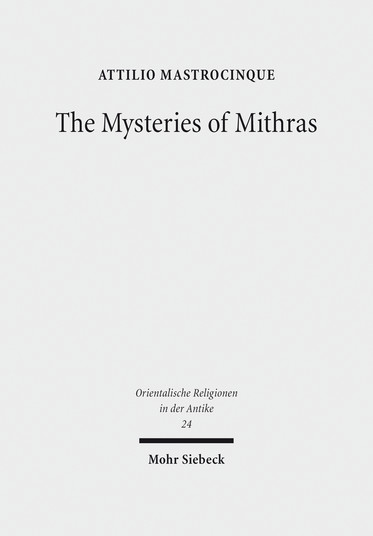