Some of Massimo Livadiotti's works illustrate the introductory pages on the Mysteries of Mithras of this website. 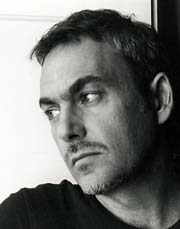