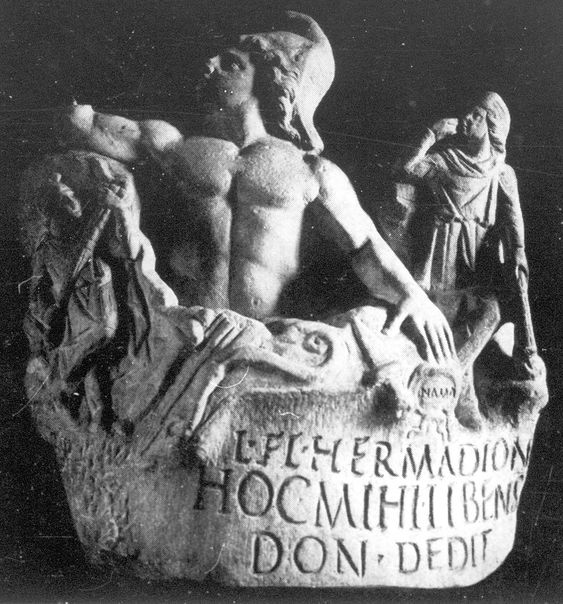 Marble statue, in 1662 'at a sculptor's behind the Capitol' (ms. Gudius), afterwards in the Villa Giustiniani. Acquired by E. Hill, professor in the Faculty of Medicine at Dublin (1781-1830) and bequeathed by him to the Library of the Trinity College at Dublin.

The naked torso of Mithras emerging from a rock. The long, wavy hair is partly covered by the Phrygian cap. In his raised r.h. he holds a bunch of grapes and a part of cloth (see note). He leans his l.h. on the rock, on which a dagger-sheath, an arrow, a bow and the dagger.