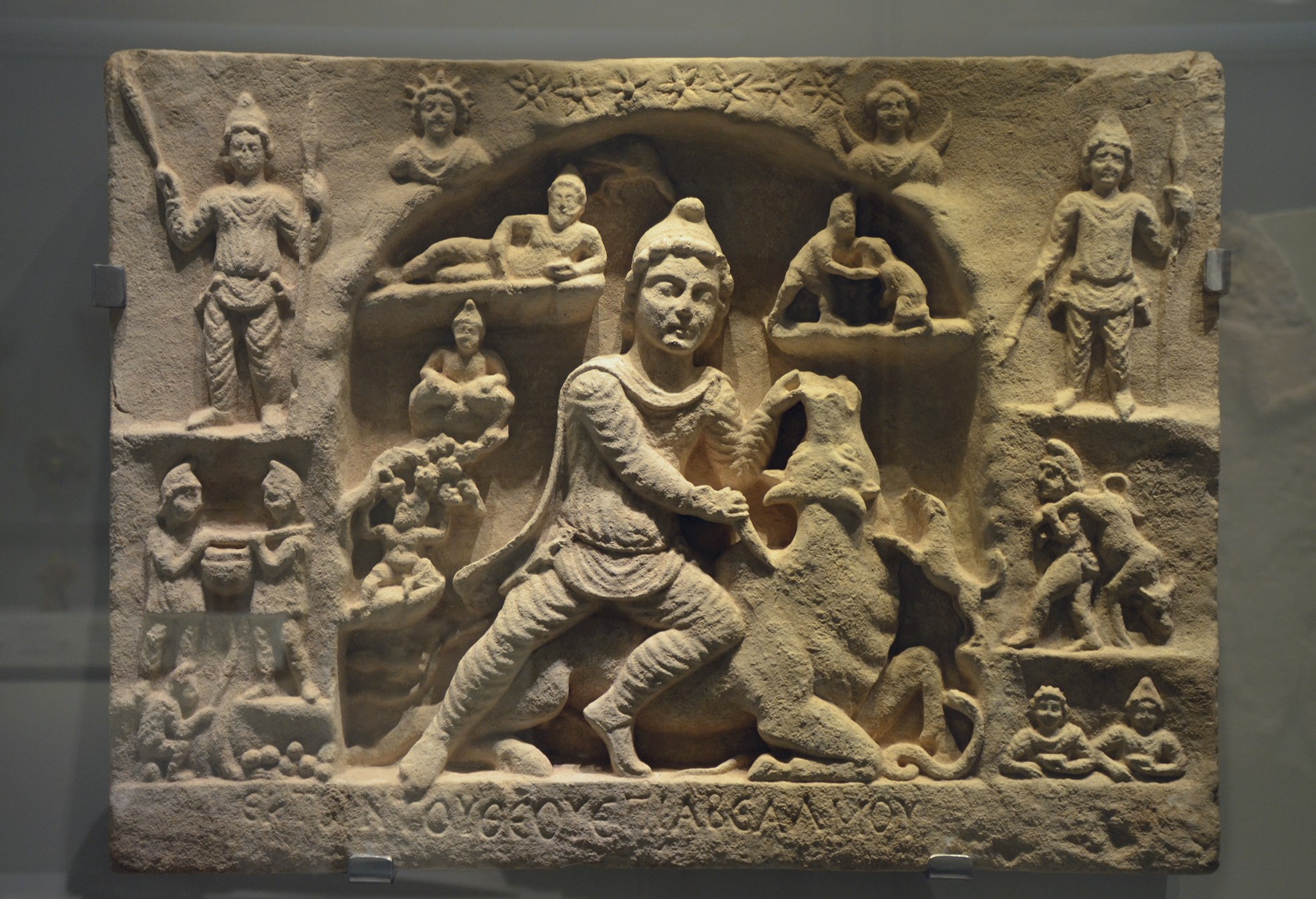 An interesting new Mithraic relief, with several unique features, formerly the property of Mr. Samuel Merrin, was presented to the Israel Museum in Jerusalem in 1997 by its American Friends (inv. no. 97.95.19). It is a limestone slab, measuring 65.7 x 49 x 9.5 cm, divided into a central ‘cave’, containing the main scene and four others, with panels on either side.

The central scene shows a conventional Mithras, in Parthian-style clothes, and wearing boots, killing the bull. On his belt hang two sheaths containing daggers or swords, and he holds a third in his right hand.