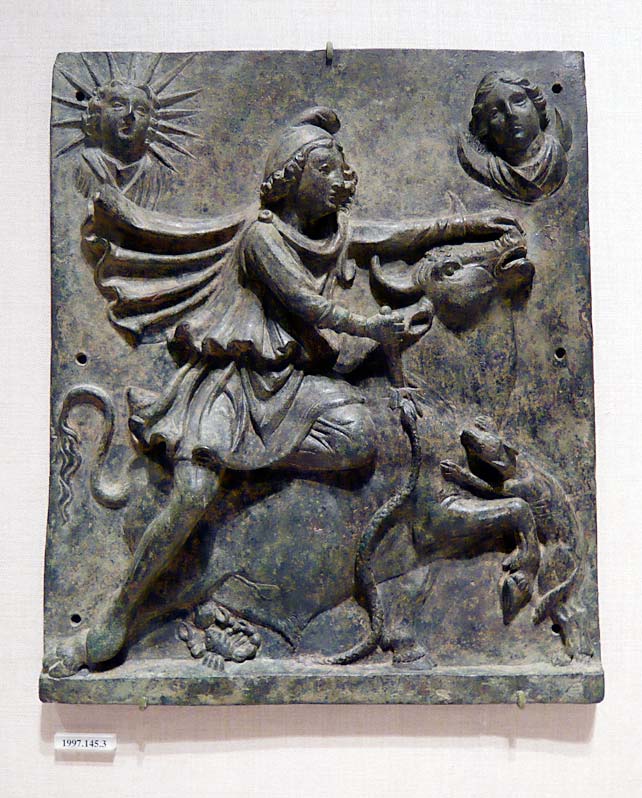 Mithras, unusually looking forward rather than over his shoulder, stabs the bull whose blood gushes from the wound. The snake leaps up to drink it, with the dog doing the same to the right. The scorpion grabs the bull's genitalia. To the top left is Sol, with rayed crown; to the right Luna with a crescent. Six holes have been punched in the plaque.

The cult of Mithras was very popular throughout the Roman Empire and was followed especially by soldiers.