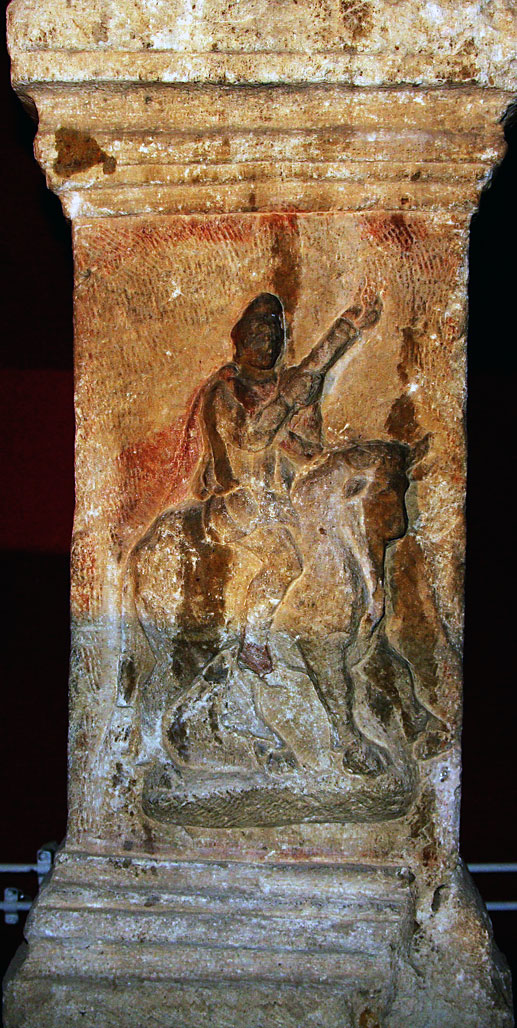 On the main face of this tall marble base, the exact provenance of which is unknown, is represented a figure in Eastern dress, wearing pants and a Phrygian cap, who rides a bull. He holds a flaming torch in his raised right hand. This very rare motif is found a second time at Apulum, this time on a large limestone base. Such an image might make one think of the episode in myth that saw Mithras attempting to capture the bull by clinging to or riding it, a scene quite often represented on the bas-reliefs of the Danubian regions.