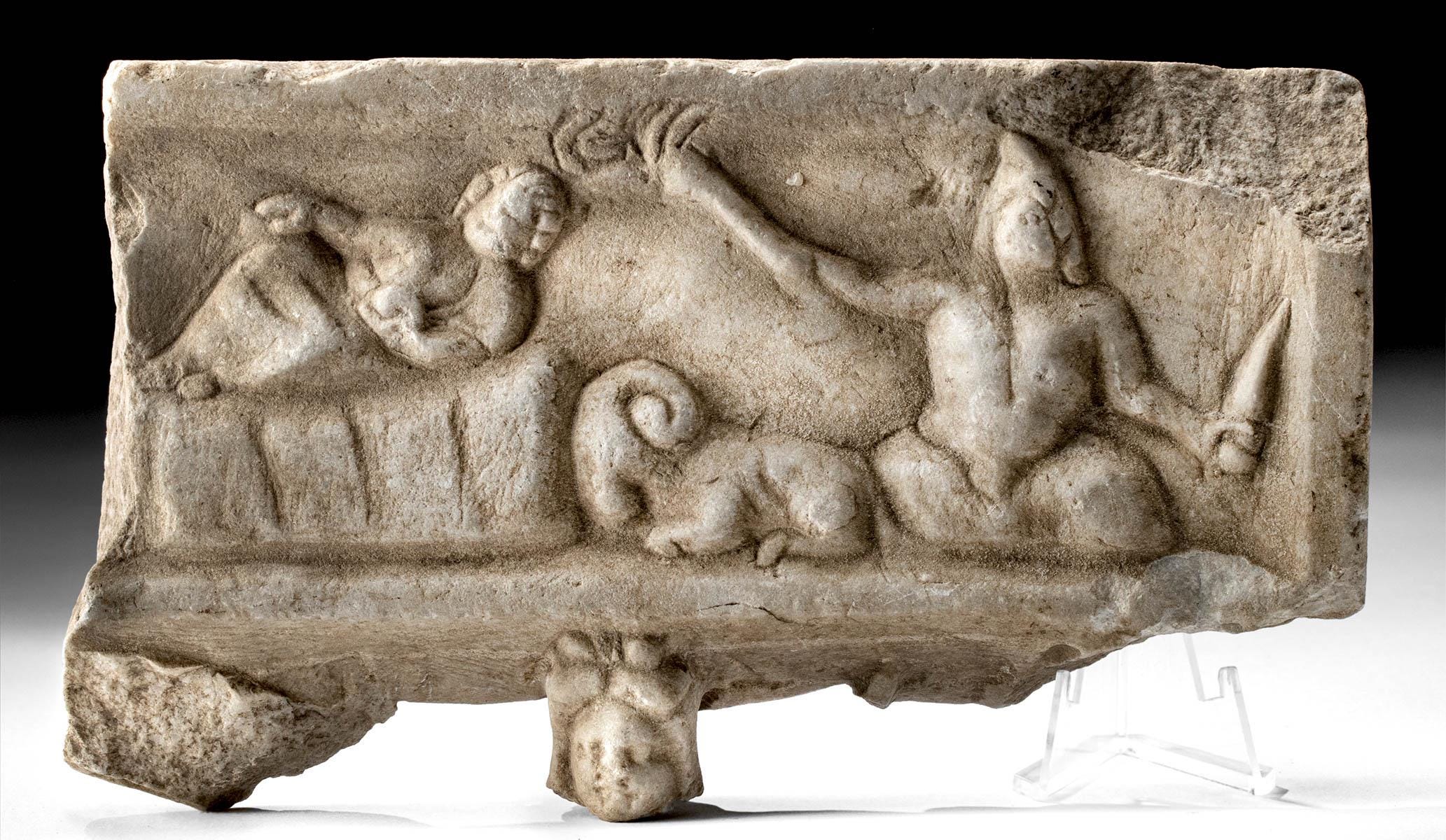 Rome, Imperial, ca. 1st to 4th century. A marble relief panel depicting the birth of the Roman god Mithras. Shown from the torso up and wearing a Phrygian cap, the cult deity emerges from the 'generative rock' from which he was born as a fully formed young man. His extended right arm holds up a torch, symbolic of the fire or light hidden deep in the rock that birthed him, and a knife in his left, an allusion to his future slaying of a sacred bull.