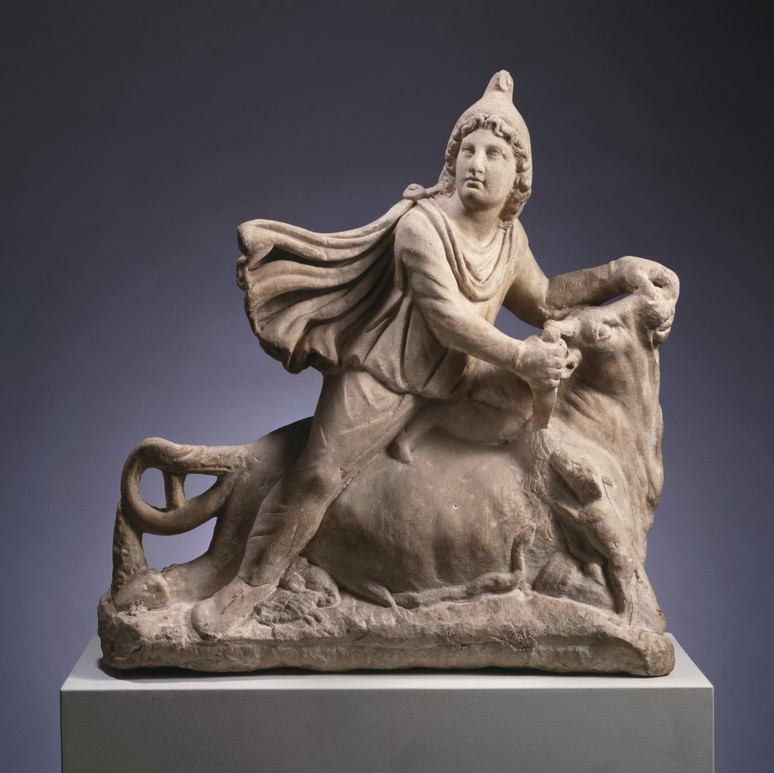 White marble statue (H. 0.60 Br. 0.58). According to informations, given to me by Franz Cumont, it should have been found in Rome in 1919. At first at the antiquary's Jandolo near the Forum; till 1925 in the ColI. of A. Marquand. This probably was the reason, why Espérandieu thought, that it originally came from the surroundings of Vienna (Isère). Nowadays in the Museum of Historic Art, Princeton University, N.Y., Acc. No. 342.

Mithras in the usual attitude and attire, slaying the bull, whose curved tail ends in three ears.