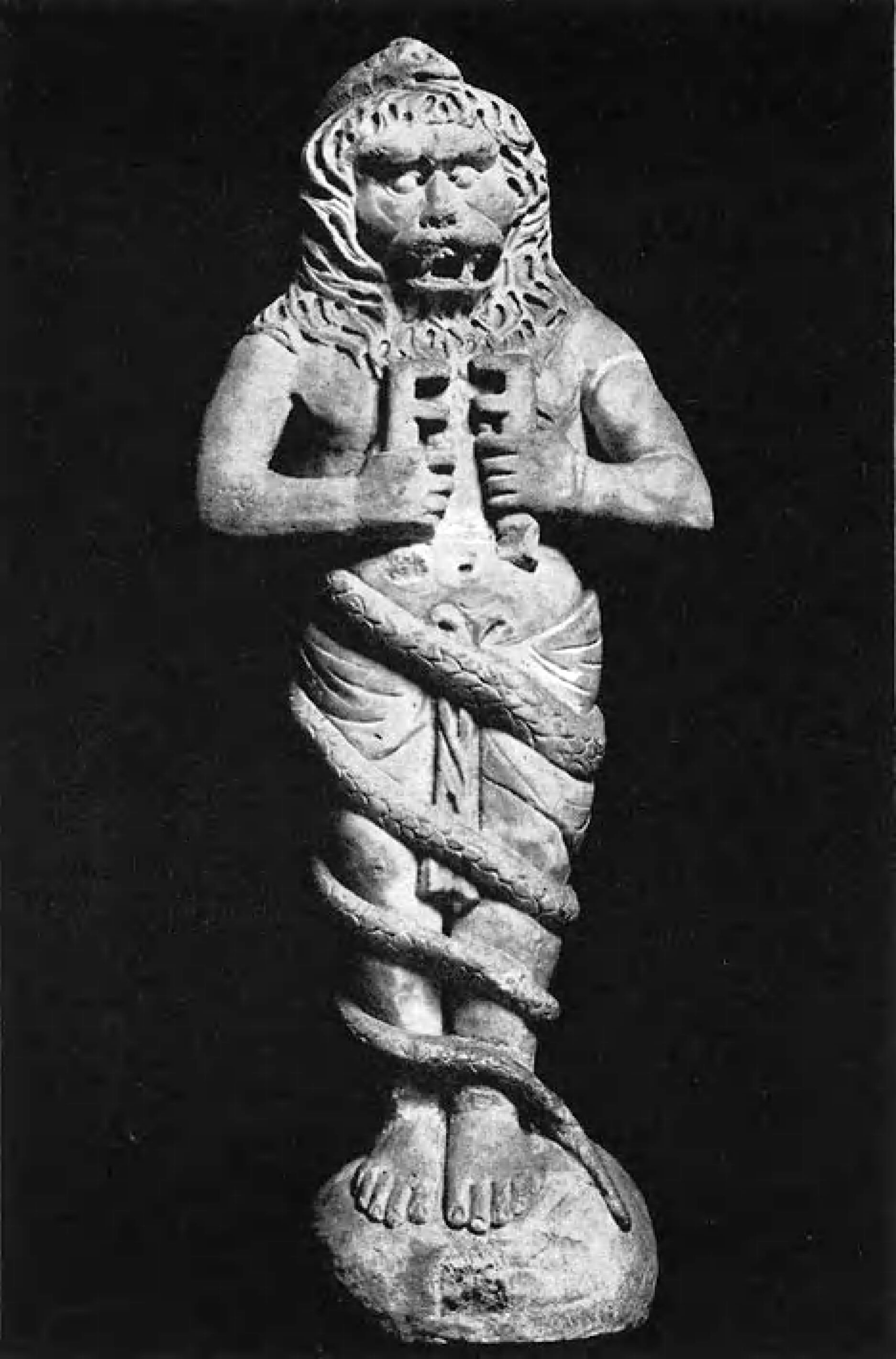 On a hemisphere a figure with lion's head; with each hand, which he presses tightly against his body, he grasps a key. The lower part of his body is covered by a loincloath, knotted on his stomach, and entwined in four coils of the serpent, which rests its head on the god's (Aion). The wings are lacking.