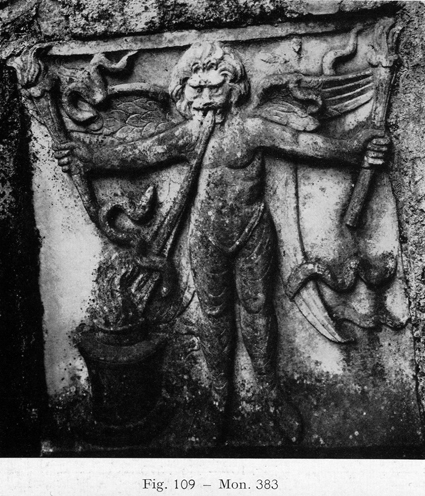 White marble relief (H. 0.75 Br. 0.65), walled into the wall of the flight of stairs, which leads to the garden of Palazzo Colonna.

Standing person with lion's head, naked up to his hips, the lower part of his body being covered by a kind of trousers. In his outstretched hands he holds a burning torch. From his mouth a gust of wind is going into the direction of a burning altar before him. At his shoulders four wings are attached in opposite direction. Around each wing the windings of a serpent.