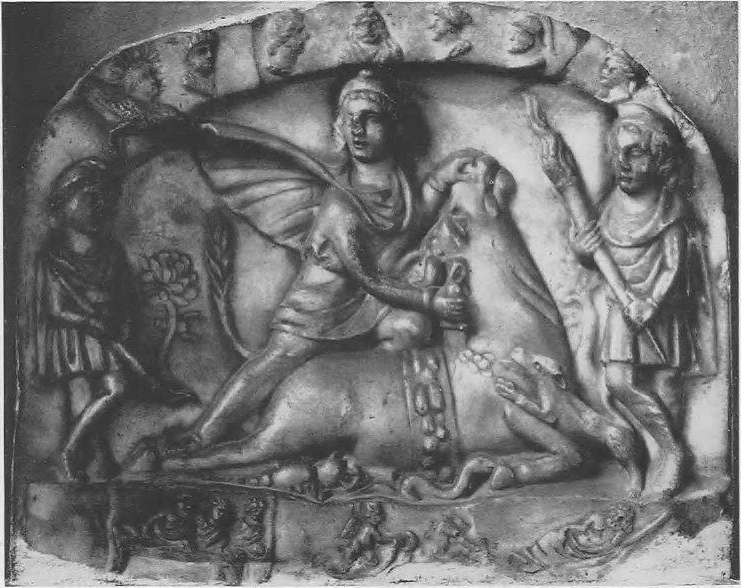 Mithras is slaying the bull, whose tail ends in one single ear. Round its body there is a wide, decorated band. The dog is licking the blood from the wound; the serpent and the scorpion; the torchbearers in Eastern attire, cross-legged. Before them a tree with an animal attached to the trunk; before Cautopates (l) a scorpion and before Cautes (r) an animal's head (bull?).

On the vaulted upper border the raven and the busts of the seven planets are represented: (from the left to the right)