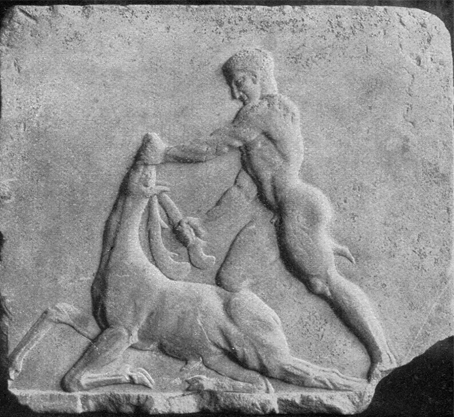 Scholars such as Johannes Leipoldt propose depictions of Herakles capturing the hind Cerinea as one of the models used to represent Mithras sacrificing the bull. Herakles was usually depicted naked, with one knee on the animal's back, while raising his muzzle with one hand, in a position similar to that of Mithras during tauroctony.

Another example below, from a sarcophagus front panel with the Labours of Heracles. Luni marble, Roman artwork from the middle 3rd century CE.