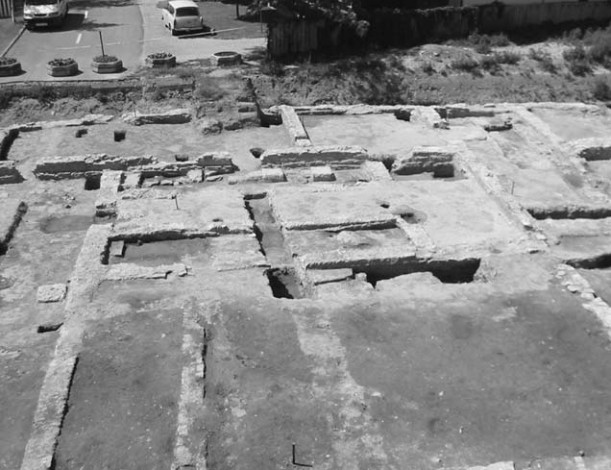 A richly decorated Roman building was discovered in 1931, although its location has since been lost. New excavations in 1994-5 revealed some Roman remains. In 2001 a large building was found, although no trace of the decoration reported earlier. There are four phases of construction. In the third phase a Mithraeum was set up in one of the chambers, recognisable by the long narrow benches and ante-chamber. Two altar bases were found, but were both stolen in September 2003. No other cult objects were found. The third phase is dated to the 3rd century by a coin of Gordian (238-243).