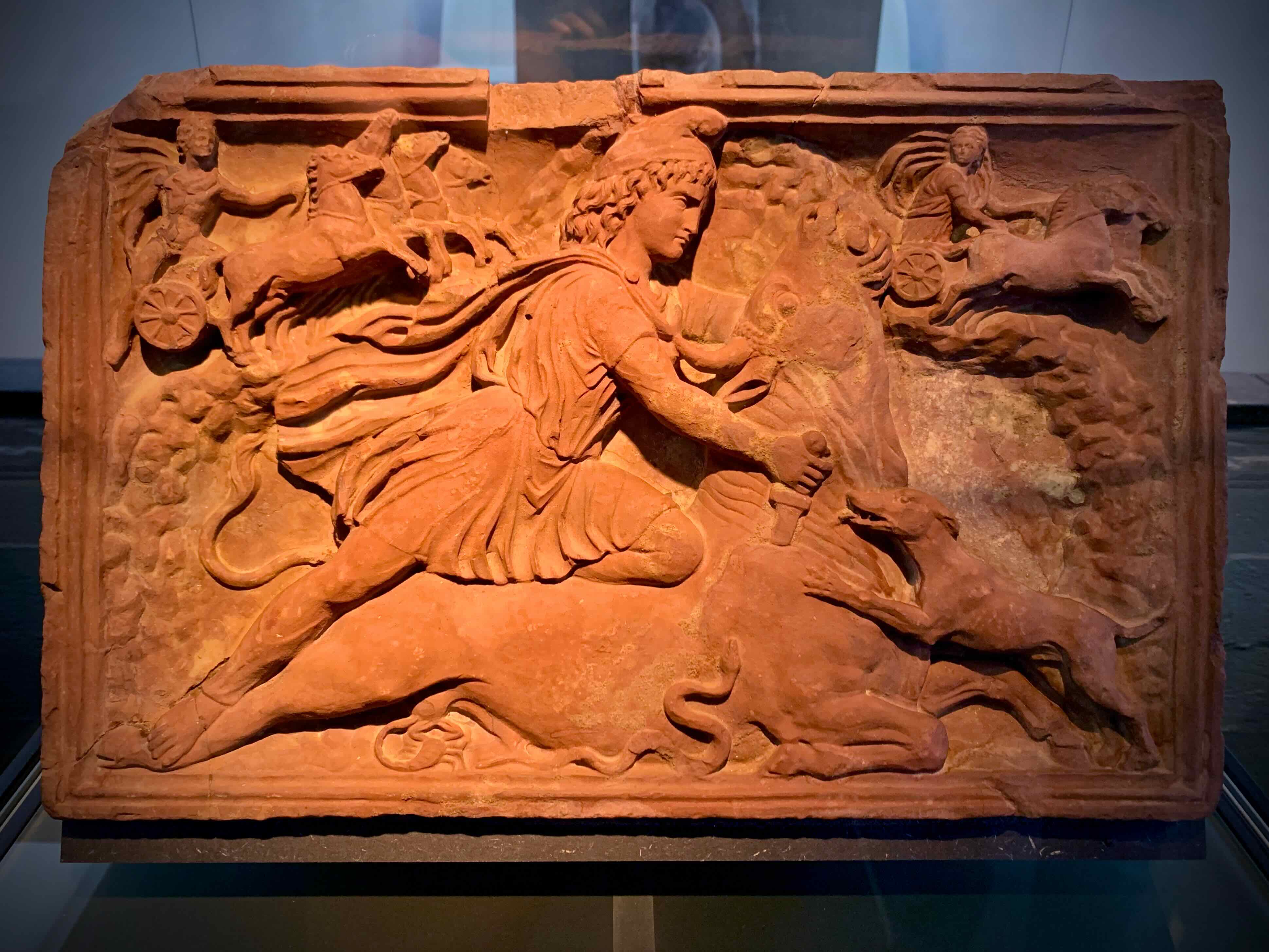 This sculpted relief in a luxurious marble, rosso antico, belonged to the private collection of the Dutch scholar Maarten Jozef Vermaseren, author of the celebrated corpus of the Mithraic monuments of the Roman world that appeared in two volumes in 1956 and 1960 (CIMRM). He acquired this small object in 1961 from an antiquities dealer who informed him that it was originally from Rome or its surroundings. This is confirmed by the iconography and style of the relief, similar to those of four Mithraic sculptures originating there.