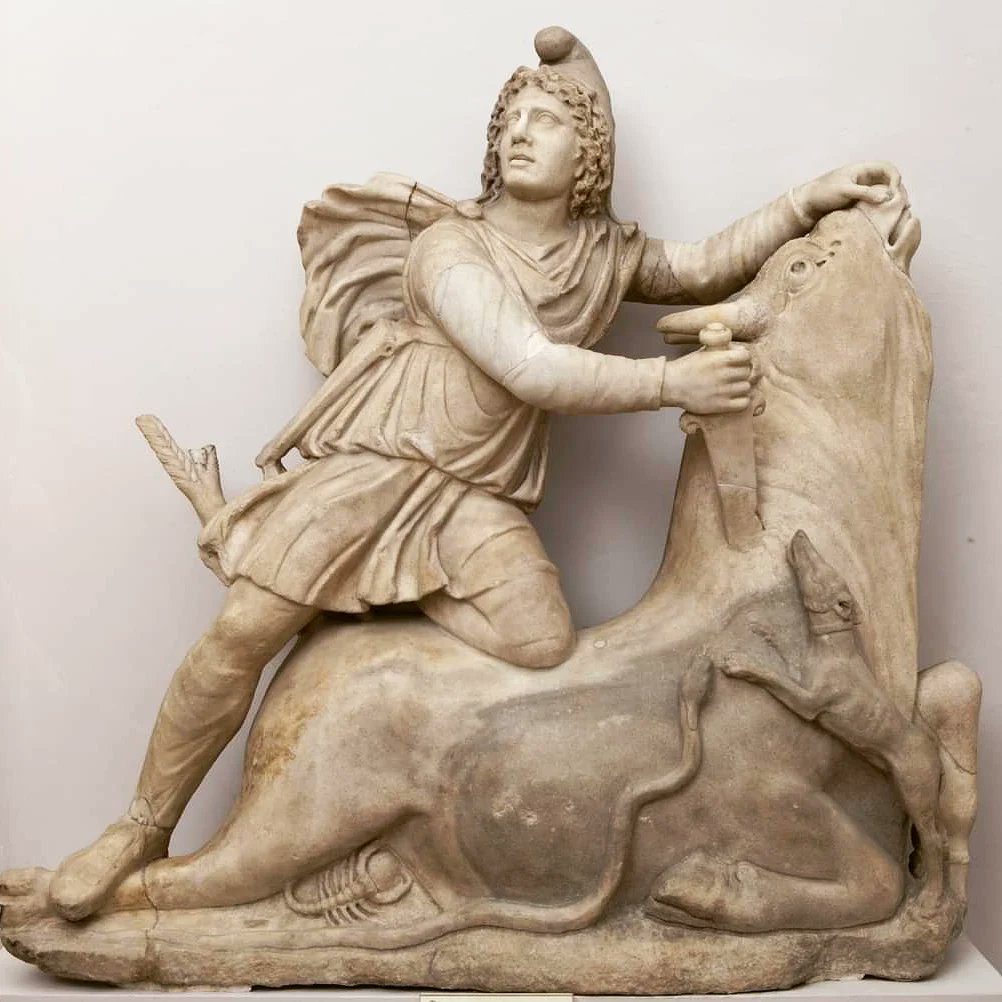 White marble statue (H. 1.10 Br. 1.13). Venice, in the Archaeological Museum of the former Royal Palace, Inv. No. 193. Second half of the second century A.D. In 1588 it was walled in the Palazzo S. Marco at Rome, but was bequeathed in 1793 by the Ambassador Girolamo Zulian to the Republic of Venice.

Mithras, slaying the bull. The dog and the serpent lick the blood; the scorpion on the usual place. The bull's tail ends in three ears. Traces of red painting on the tunic.

Restorations at the arms, r. foot and cloak of Mithras; at the bull's muzzle, horns, tail and l.