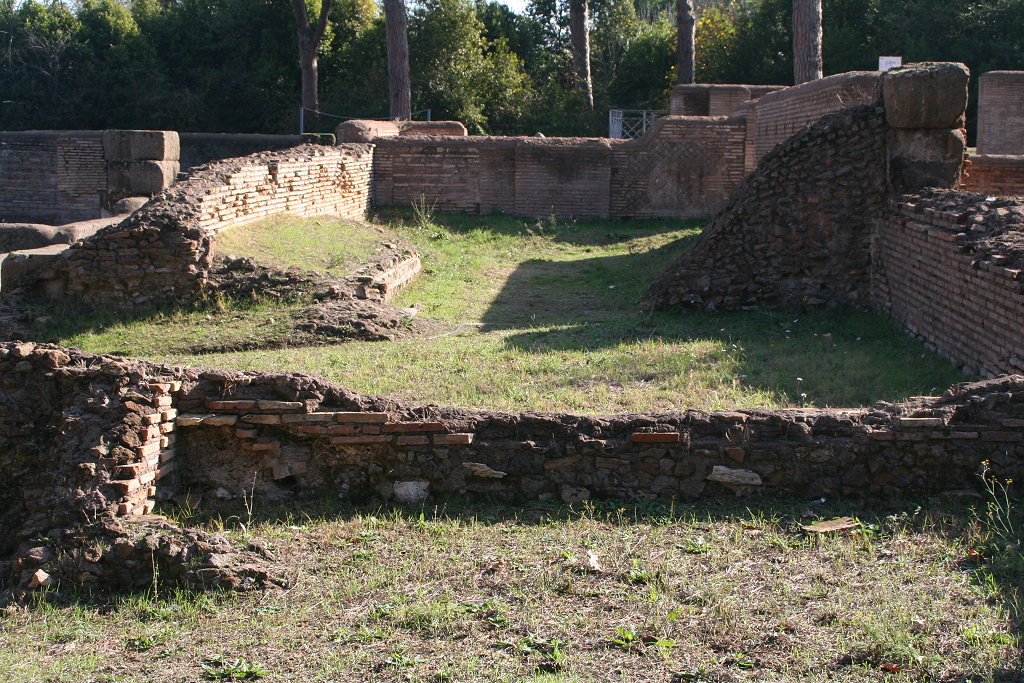 The Mithraeum near Porta Romana was excavated in 1919. It was probably built in the third century. The room was connected with Sacello II,II,4, but the door was blocked, perhaps when the mithraeum was installed.

The shrine measures 14.96 x 5.82. The usual podia line the walls. In the south part are the foundations of an altar. In the north part of the corridor is a small, marble basin (0.50 x 0.50). Around the basin part of the marble decoration of the floor, walls, and podia has been preserved.