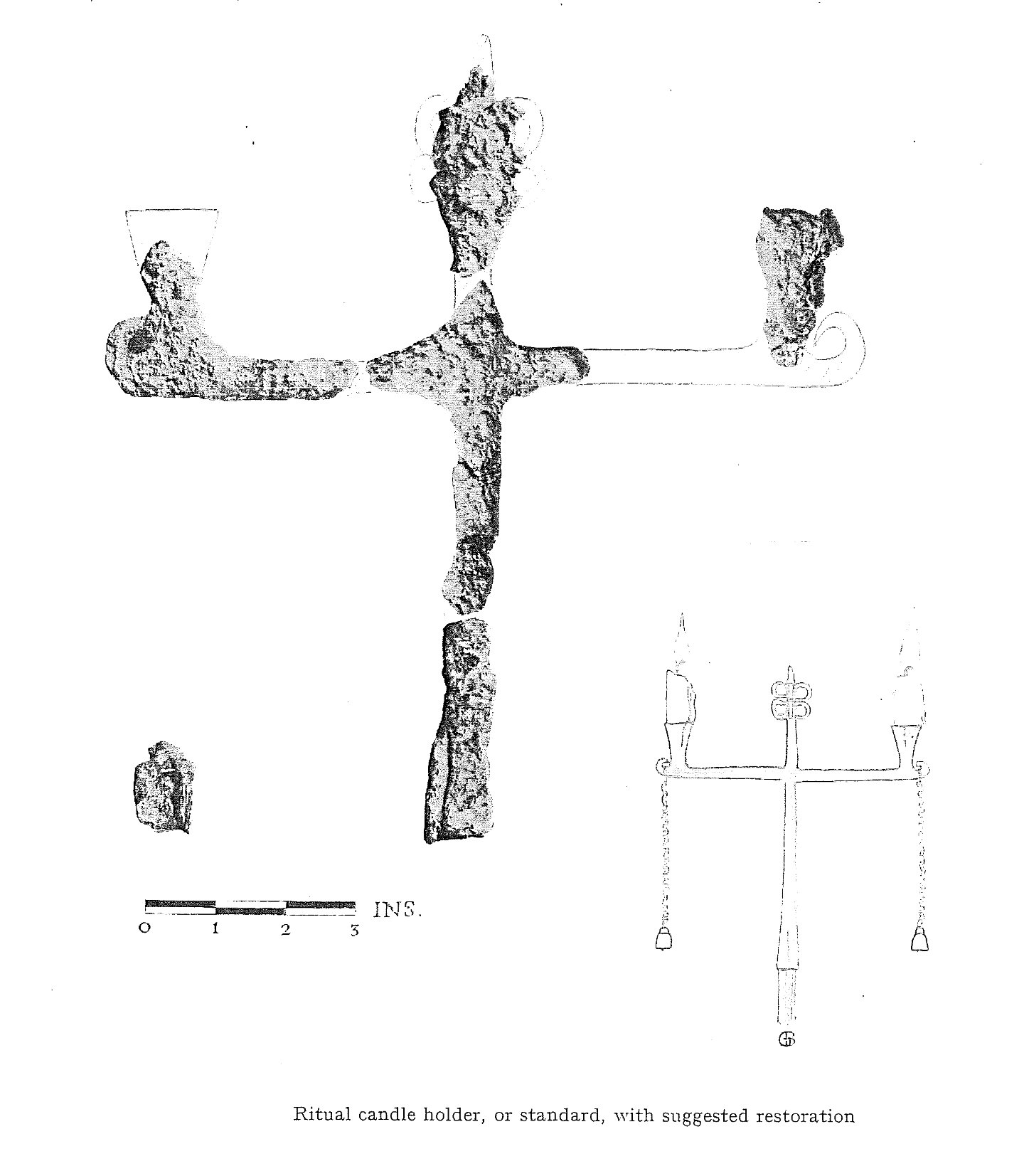 Candelabrum of Caernarfon
Boon via Tertullian.org

Some iron-work was also found [in the Mithraeum of Carnarfon]. It consists of a cross-shaped iron object, two iron sockets, an object resembling a wall-sconce, a short length of squared iron bar with loops attached to each face, and a small bronze bell shrouded in rust. X-rays show that there was no decoration. They were all found together, and presumably formed a single object; probably a two-branched candelabrum, which could possibly be fixed to a pole and carried.

The Mithraeum of Caernarfon, in Walles, was built in three phases during the 3rd century, and destroyed at the end of the 4th.