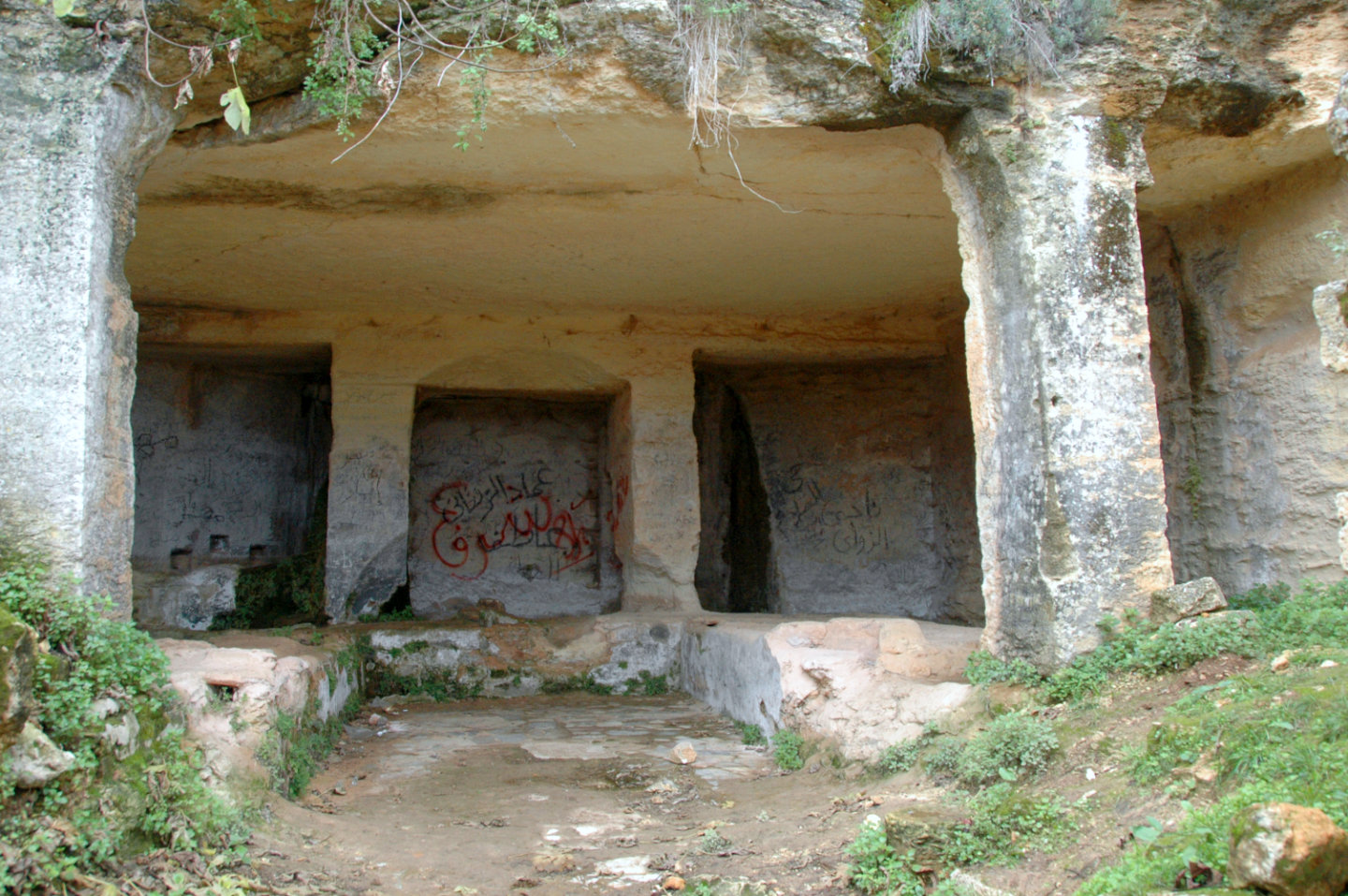 A colony of the Greeks of Thera, Cyrene was one of the principal cities in the Hellenic world. Romanized in 74 BC it remained a great capital until the earthquake of 365. A thousand years of history is written into its ruins, which have been famous since the 18th century.

A mithraeum has been found among the ruins.

The Apollonian priests of Cyrene gathered in a collegium, which organized different activities, among which were the shared, or common, meals. They used a large cave as a dining room, close to the temple of Apollo.