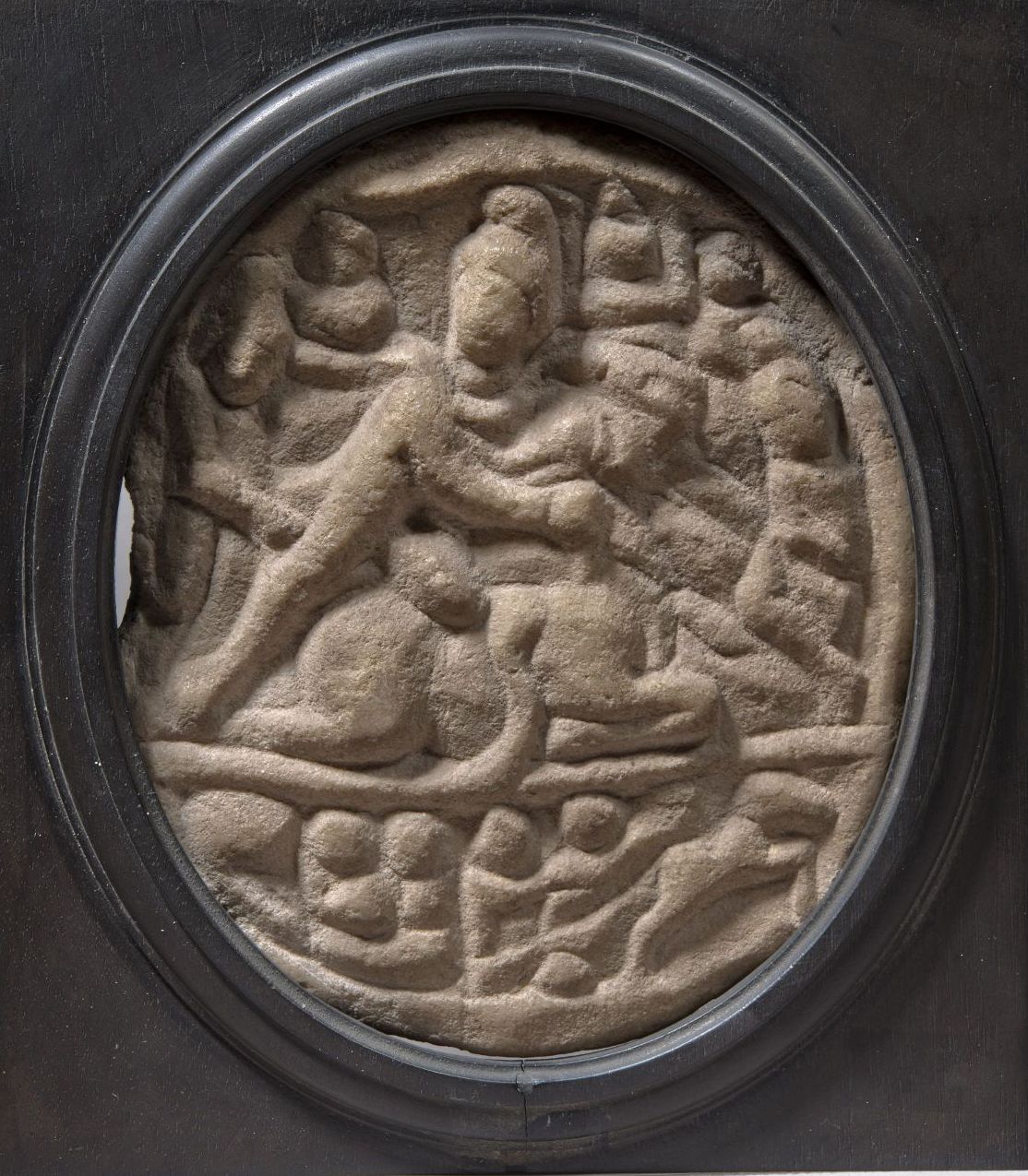 Medallion with Tauroctony of Transylvania
BnF

The killing of the bull, tramed by the dadophori and busts of Sol and Luna, fills two-thirds of the surface of this marble medallion that was discovered in Transylvania in 1864, in the ancient province of Dacia. One can distinguish in the lower third of the work, on the right, the chariot of the Sun, and on the left the banquet of Sol and Mithras. The original surface layer of the marble is lost; the surface, on the whole, is worn.