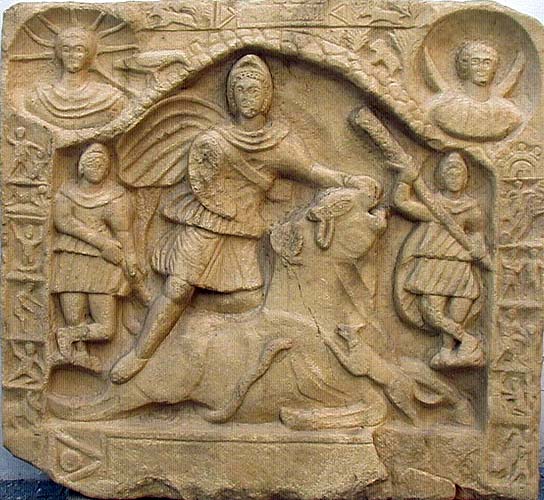 Relief in limestone (H. 1.20 Br. 1.50) found near Mauls in the valley of Eisack between rocks in 1589. It was transported to the Library of Innsbruck in 1797; from the beginning of the 19th cent. in the Museum at Vienna (Wien); after World War II at Stertzing-Vipiteno.

In a grotto Mithras in Oriental dress kills the bull whose tail ends in corn-ears. The r.h. of the god is lost. The god wears a belt with a sheath over his r. shoulder. The dog and the serpent hold their heads near the wound; the raven is perched on the grotto's border; the scorpion is in the usual place.