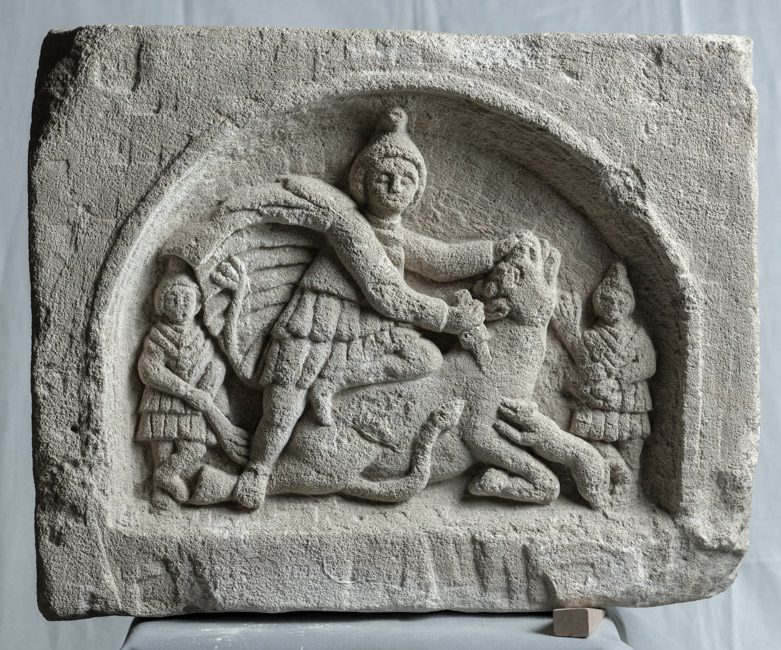 Limestone relief found in Carnuntum. Mithra, dressed in oriental costume, kills the bull by sticking his knife in the right side of the animal's neck, holding the bull's snout with his left hand. He is holding the bull's snout in his left hand. His tail is raised, with three ears of wheat at its tip. The snake and the dog are rising towards the wound. The scorpion is absent. On the left side, Cautopates bends a torch downwards, on the right side, Cautes bends it upwards. The scene takes place under an arch representing the sacred cave.