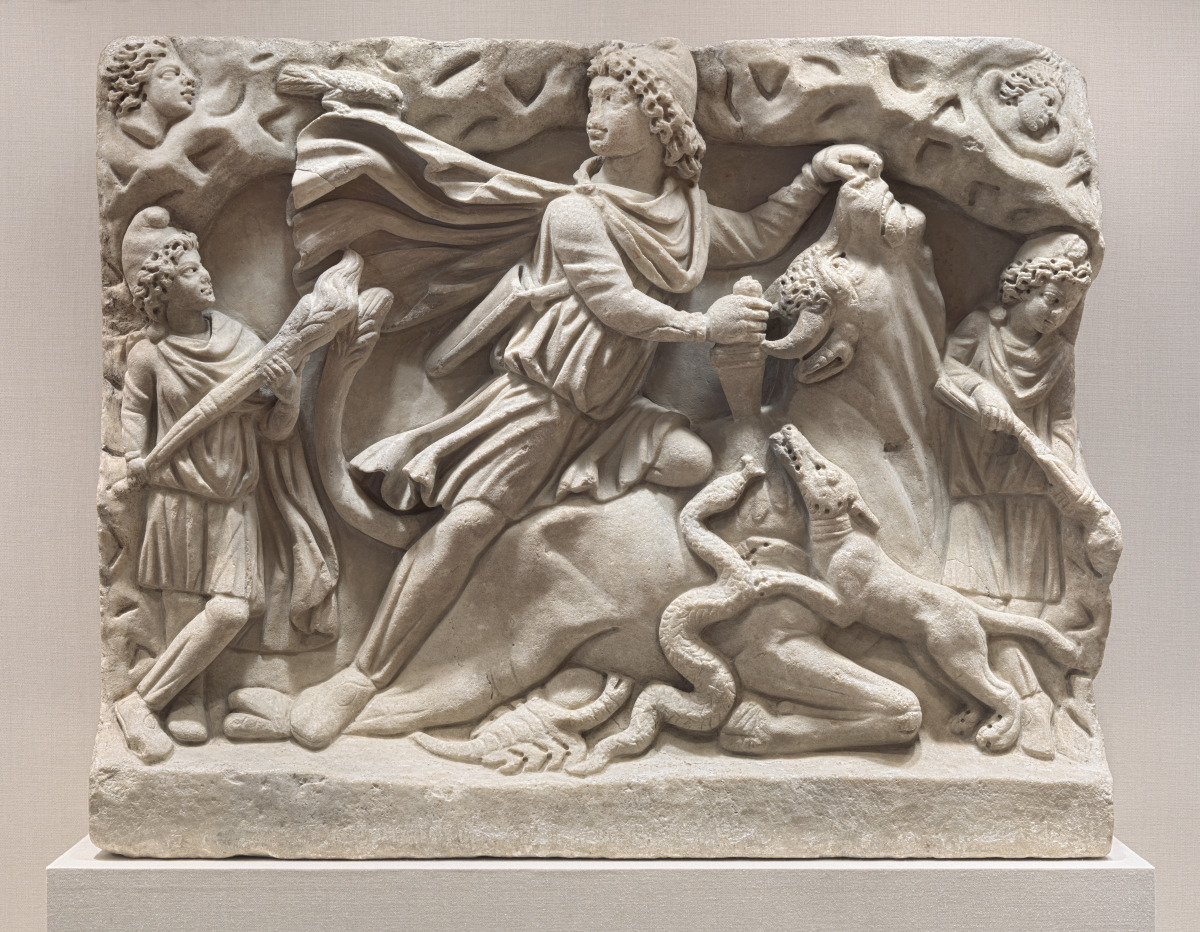 The symbolism of this formulaic scene remains unclear. It shows the god Mithras plunging his sword into a bull’s neck while a dog and serpent drink the gushing blood and a scorpion bites the bull’s testicles. The celestial twins of light and darkness, Cautes and Cautopates, hold torches, while Sol (the sun) and Luna (the moon) look from the corners. This was the central image of the Mithraic mysteries, an all-male cult especially popular in the Roman army. The name Mithras refers to a much earlier Persian deity.