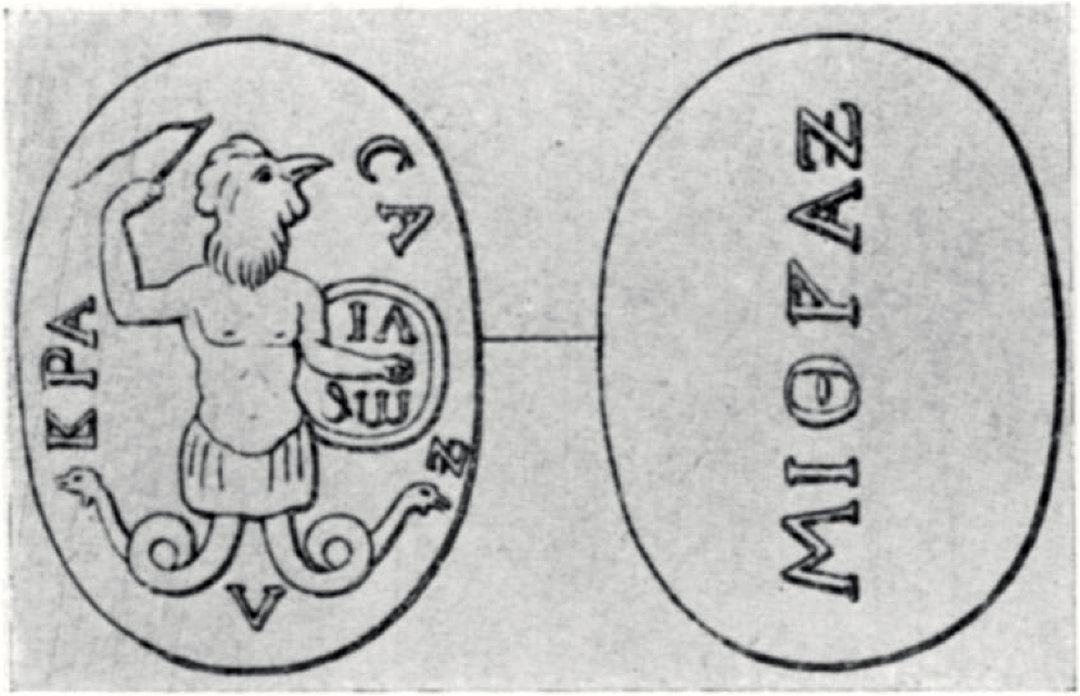 Syncretistic Amulet formerly in the Capello Museum at Venice
Cumont

The Abrasax of the Athenian amulet occurs in simplified form on another Gnostic charm on the reverse of which is the name Mithrax (Μίθραξ) as if to rhyme with Abrasax. Such syncretism readily explains the appearance of the abbreviated names of Mithraic gods beneath an Abrasax. The sequence of the first two names, Mithras and Helios, is that (Μίθραξ 'Hλioυ) of the Greek inscription at Nemrud Dagh carved at the order of Antiochus, whose family was part Persian.