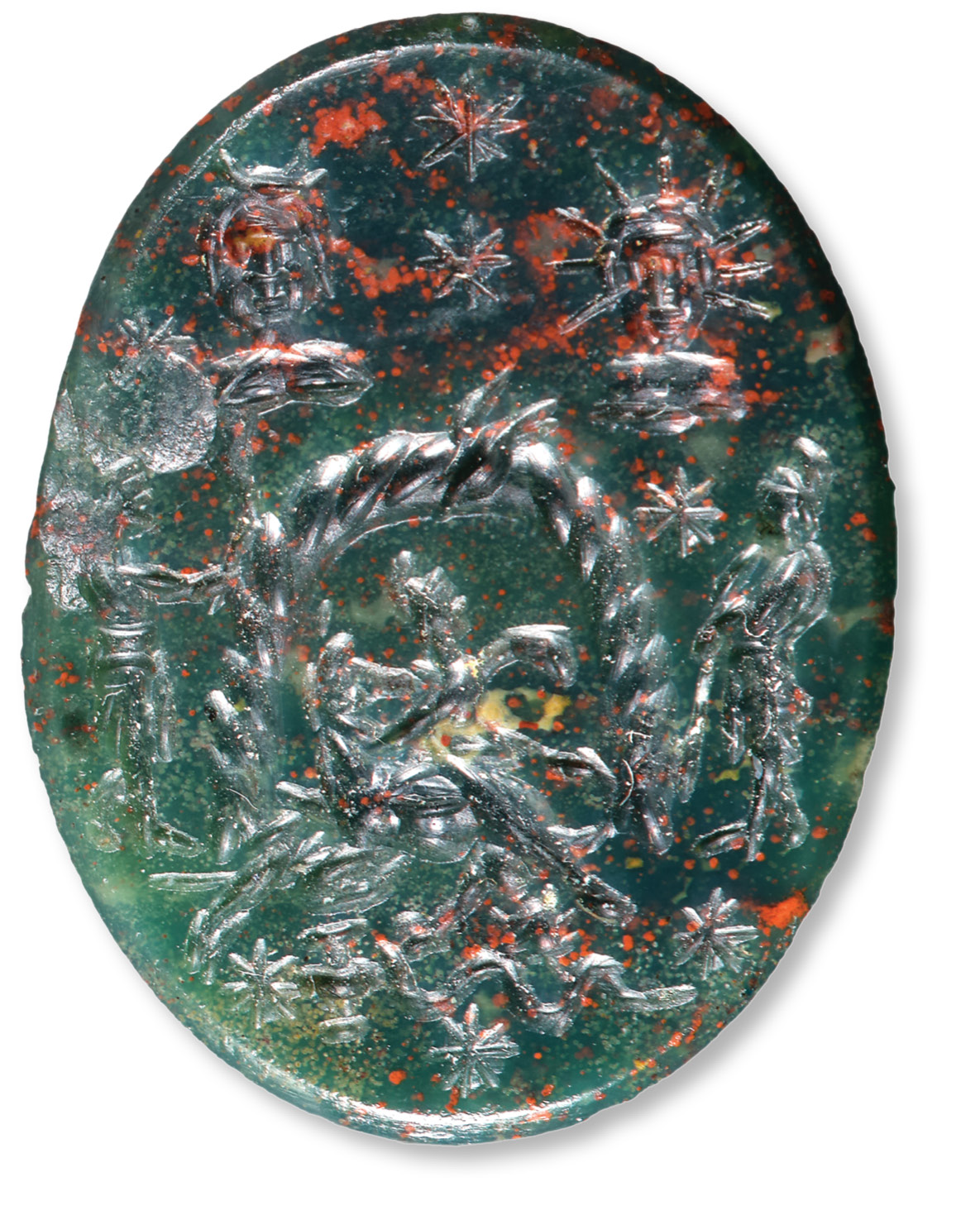 This heliotrope gem (a green jasper dotted with red spots) was discovered in a medieval tomb that came to light near the entrance to Saint Peter's Abbey on the Madron, a Benedictine monastery on the mountain also called Petersberg, which looks down upon the valley of the Inn, near Flintsbach, in the Bavarian Prealps. This burial, dating to the first half of the 13th century, received the remains of a man of mature age, buried face down in the attitude of a penitent.