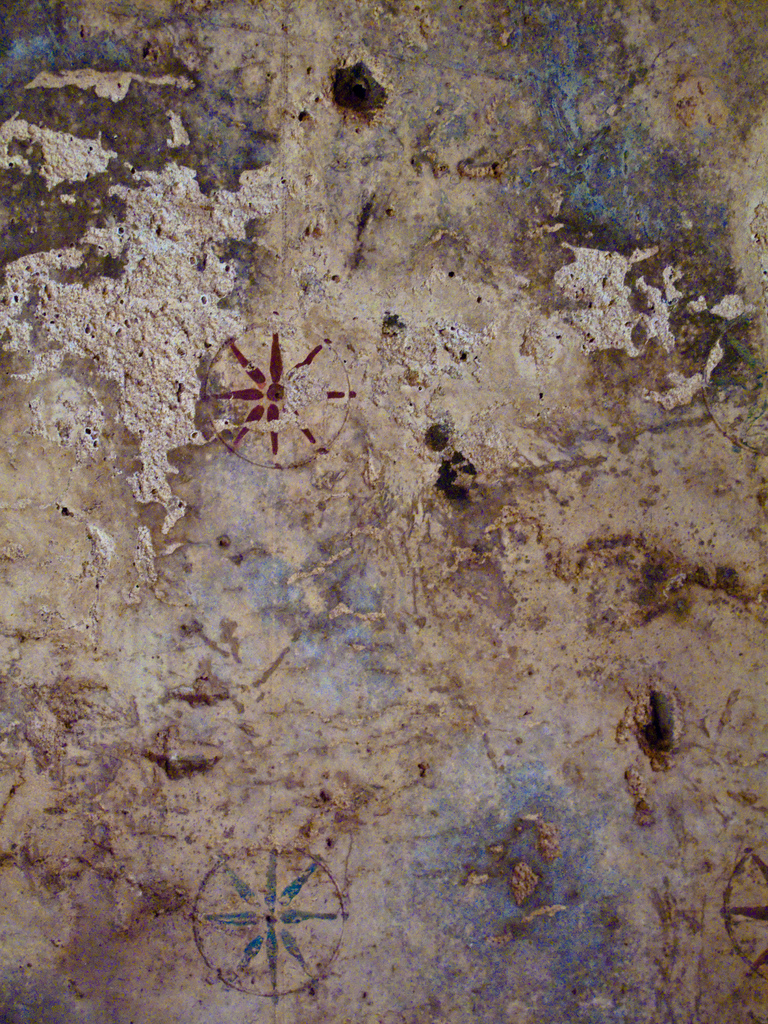 The vault of the Mithraeum is stuccoed and decorated with stars. These are painted inside a circle, they each have eight rays and they are alternately red and blue on a dark-yellow background. In the center of them a very small hole is often visible. It is said that when it was discovered the vault was besprinkled with precious stones which were later on stolen; but among the loose earth we found a little circular piece of blue glass paste with a hole in the middle; it therefore seems probable that these glass decorations (which may have been of various colours) were nailed into the stars. Yet again the vault symbolizes the hevens, and this is emphasized in a most remarkable way by the representations of Sol-Mithras on the western and Luna on the eastern wall.