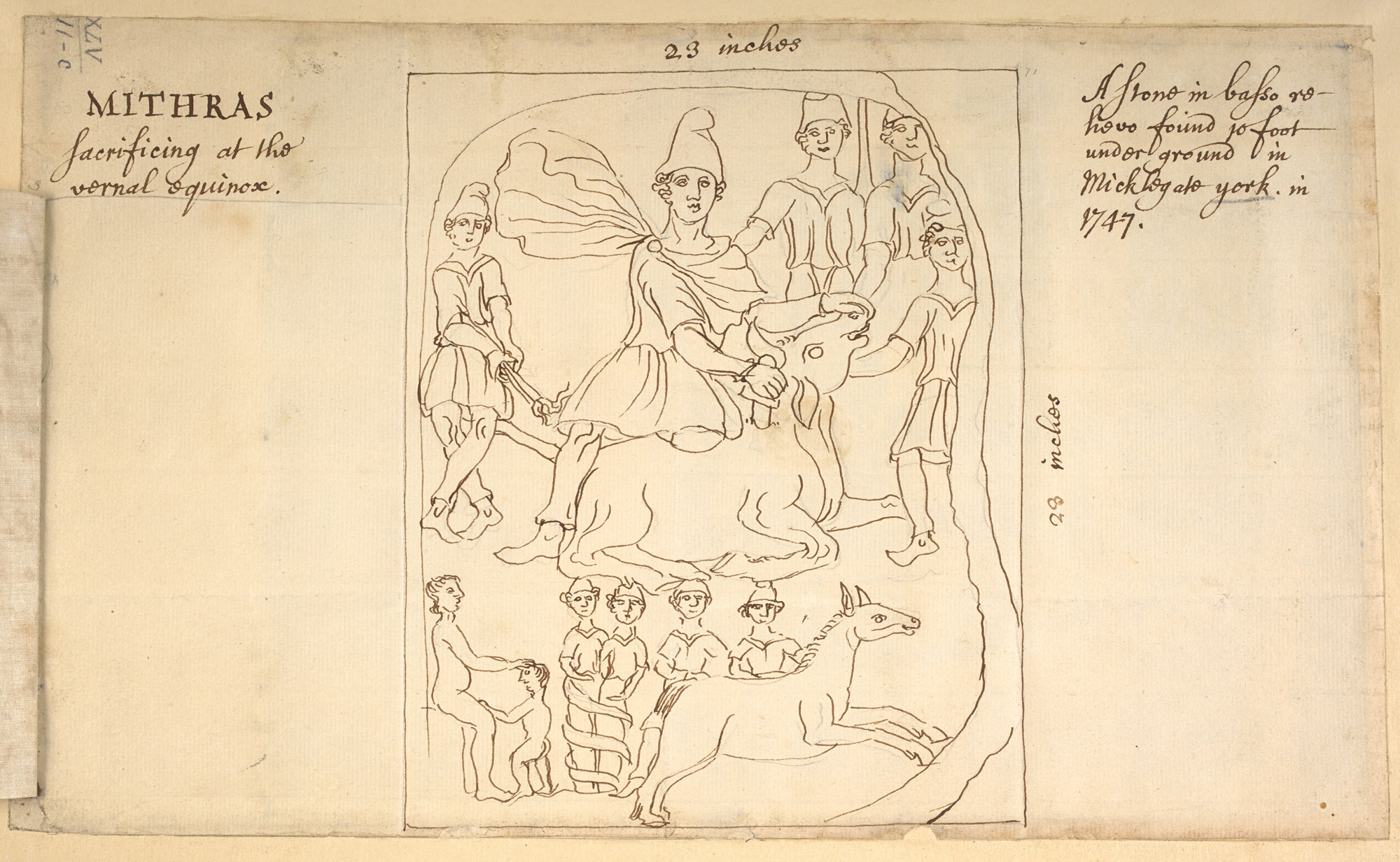 This pen and ink sketch of a basso relievo depicting the Roman god Mithras was drawn by the antiquarian William Stukeley (1687–1765). The relief itself was found 10 foot underground, in Micklegate, York, in 1747.

In a letter accompanying the sketch, Stukeley describes the relief as depicting:

Mithras sacrificing a bull, in the Spring quarter at the suns entrance into ♉ the figures at bottom twisted round with a snake, I take it to be gemini II to that sign, producing the whole variety of natures works, by new generations.