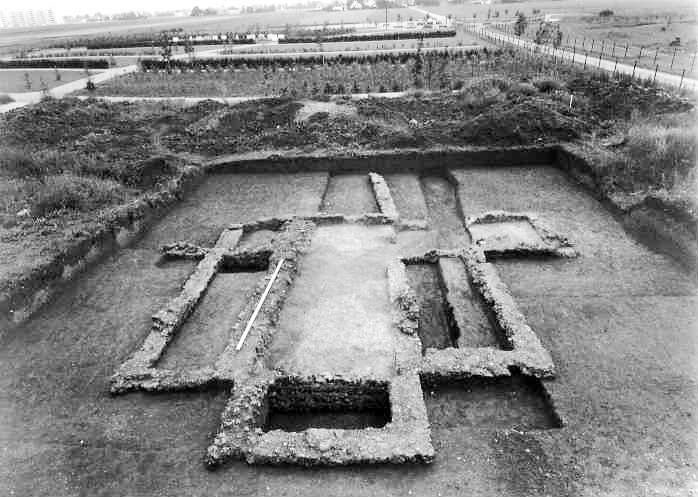 Situated halfway up the slope of the former bank of the Lech, the Königsbrunn Mithraeum has exterior dimensions of 9.8 x 9.1 metres. It consists of a central hall with a central nave (cella), a long antechamber facing north-south and a slightly lower rectangular apse to the west, an antechamber facing north-south, as well as a rectangular apse situated slightly lower to the west.

In 1976, the Bavarian State Monuments Conservation Office, Swabia branch, discovered the tufa foundations of eight Roman buildings during the construction of the municipal cemetery, Swabia office.