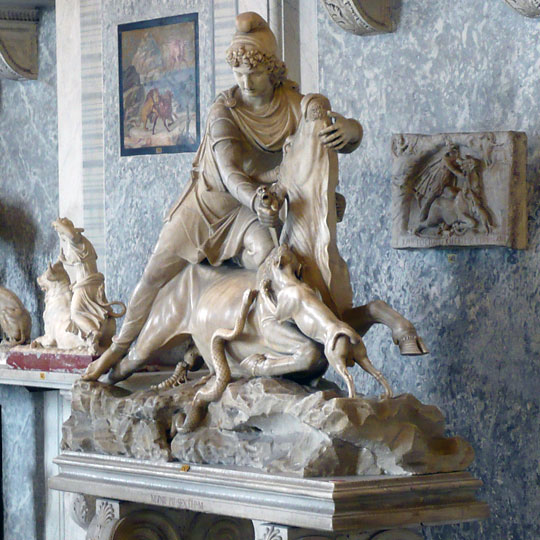 White marbre. Rome, at first at the sculptor V. Pancetti, who restored it thoroughly together with Franzoni; afterwards to the Vatican under Pius VI. Sala dei Animali, No. 150. Second cent.

Mithras in usual attitude and attire, slaying the bull. The dog and the serpent hold their heads near the wound from which the blood abundantly flows. The scorpion at the testicles of the erected pizzle. Added are: Mithras' head, cloak, r. foot, arms, hands and nose; the bull's muzzle, forelegs and tail, the r. hindleg with a part of the base; the dog and the serpent except a part on the base.