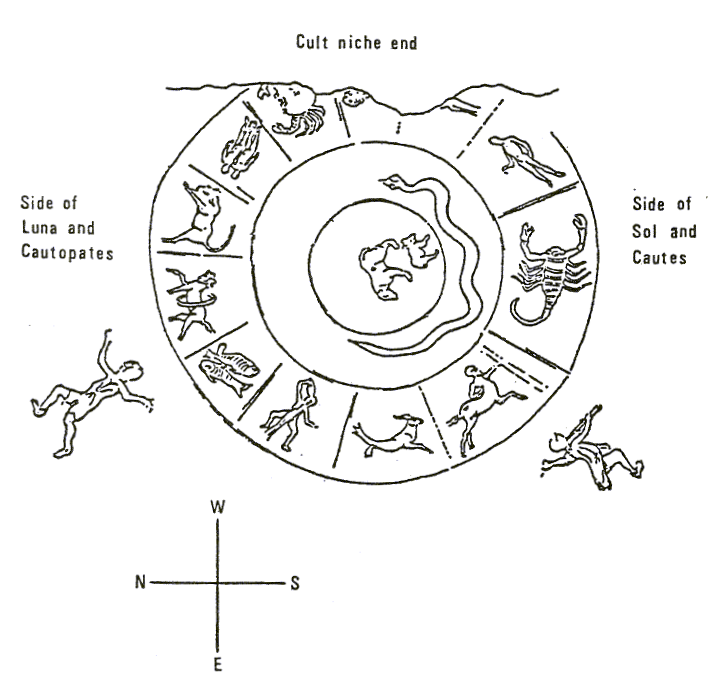 The zodiac consists of three concentric zones, whose boundaries are marked, as is also the centre point. The outermost zone carries the signes, represented in the usual fashion. IN the middle zone is a snake which Vermaseren identifies with the constellation of Draco, thought that, as I shall argue, is not its primary significance. In the inmost zone are two bears which represent — the identification is here indisputable — the constellations Ursa Major and Ursa Minor.

The Mithraeum of Ponza was discovered in 1866. It contained the remains of a zodiac investigated by Vermaseren in 1989.