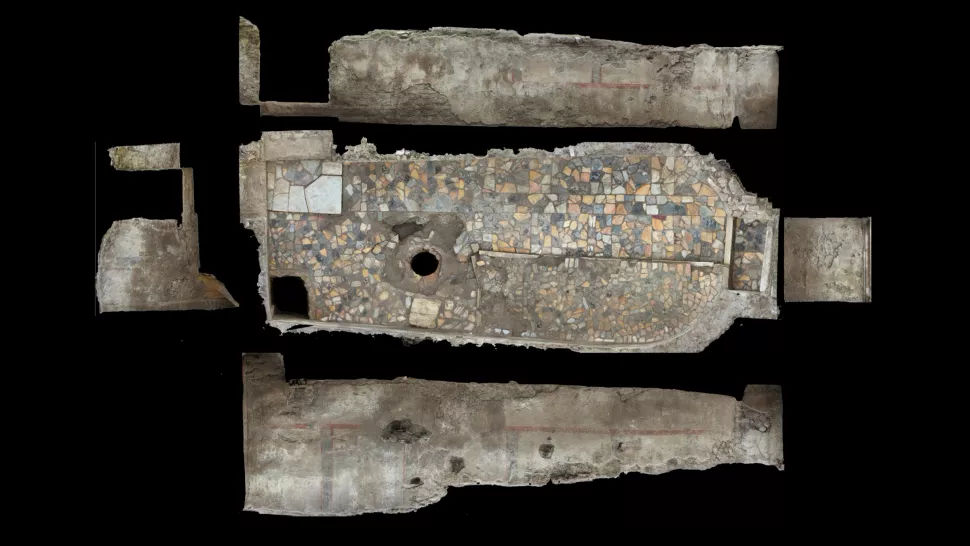 The spelaeum, the most important room in the Mithraeum of Colored Marbles, has a marble floor decorated in a variety of colors.

Some 1,600 years ago, ancient Romans would have worshipped the god Mithras, possibly in an altered state of consciousness, within the 'Mithraeum of Colored Marbles,' said archaeologists who found the remains of this temple in Ostia, Italy.

Artifacts and inscriptions found in the mithraeum suggest that the worshippers venerated both Mithras, a popular god in the Roman Empire, and other gods.

The mithraeum's 'spelaeum,' its most important room, has a stone marble floor decorated with a dazzling array of colors. Also in this room, archaeologists found a bench, a ritual well and a flower bed for some sort of sacred plant, wrote the research team leader Max Victor David, a professor of history and cultures at the University of Bologna in Italy, in a paper published in the journal Acta Antiqua Academiae Scientiarum Hungaricae.

The mithraeum would have seen plenty of rituals in its heyday, including banquets, initiation ceremonies and animal sacrifices, David told Live Science. People who took part in the rituals 'were perhaps in a state of altered consciousness,' David said. In the ancient world altered consciousness was often achieved through the use of psychotropic plants.

Mithraeum of the Coloured Marble 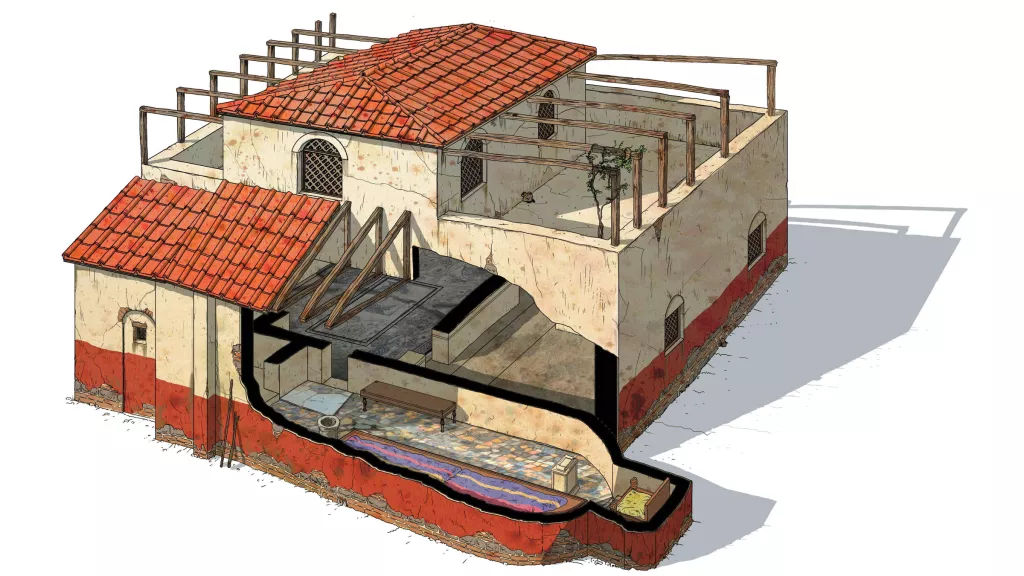 The Mitreo dei Marmi Colorati takes its name after the discovery of a black-and-white mosaic of Pan fighting with Eros.