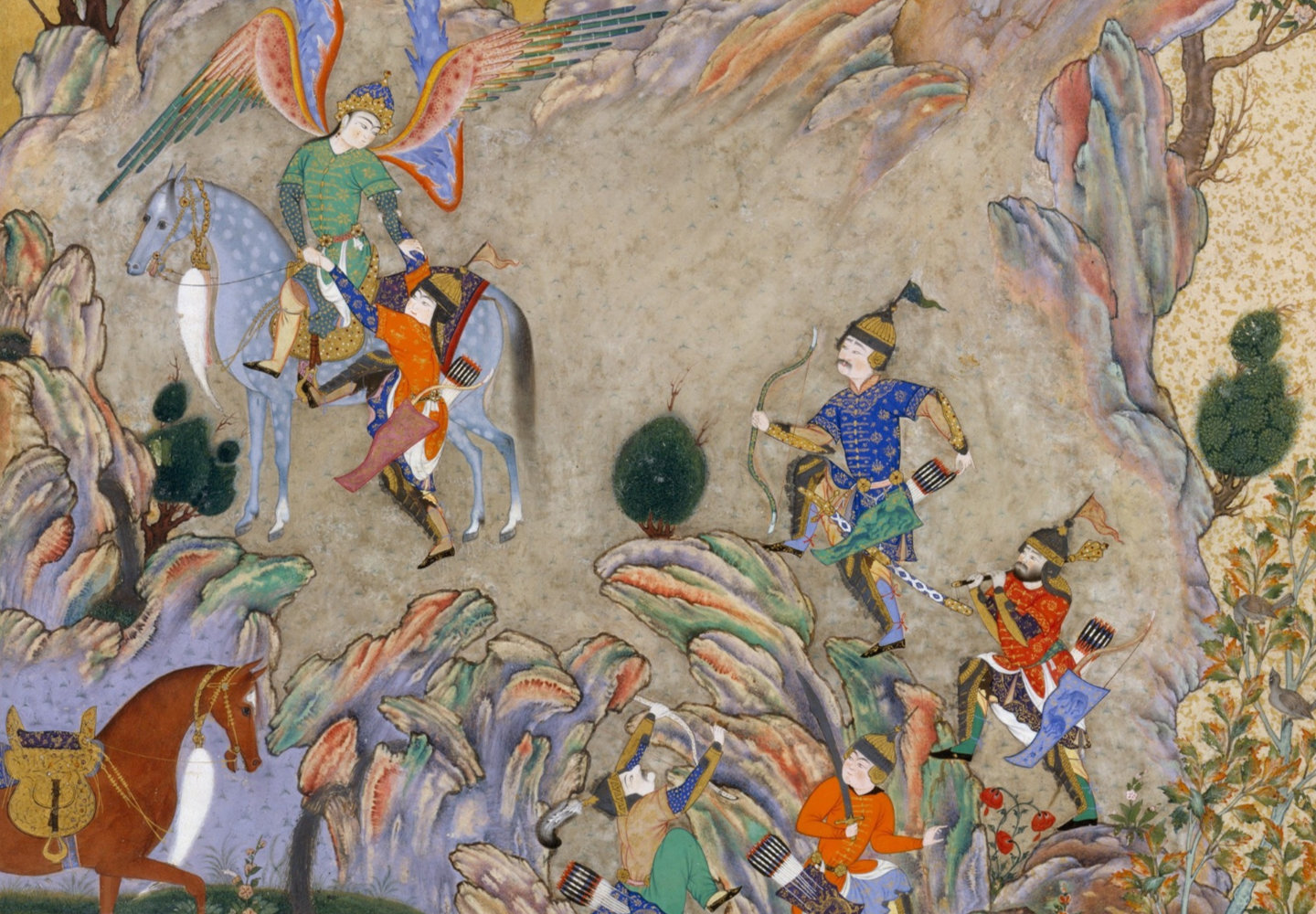 Nowadays, most Western scholars agree that the Roman mysteries of Mithras have little, if any, relation to the Iranian and Indian cult of the same god. Still, it is always interesting to recall when, in the wake of Franz Cumont, scholars followed the eastern end of Ariadne's thread to unravel the many (and persistent) enigmas about the origins and the very identity of the Mithraic cult.

We have selected an extract from one of Marteen Vermaseren's most popular books: Mithras, the Secret God. In particular, we propose a passage in which the prolific Dutch author succeeds in unravelling hitherto unknown clues.

In 1907 a large number of clay tablets was found in the palace archives of Bogazköy, the capital of the ancient Hittites in the north of the Anatolian plateau. These tablets contain the first recorded mention of the name 'Mithra', who, together with the Lord of Heaven, is invoked as the protector of a treaty between the Hatti (the Hittites) and their neighbours, the Mitanni. The date of the treaty is somewhere in the fourteenth century B.C., and since the latest known reference to the Western Mithras occurs in the fifth century A.D. these tablets show that the god was revered for nearly two thousand years.

Mithras is of course worshipped no longer, but archaeologists, historians of religion, theologians and linguists alike have pondered his nature and tried to unravel the secrets of his cult for the light which these studies have to throw on the origins of Christianity.

One insurmountable difficulty confronts the student of the Mithraic mysteries. For the Eastern form of Mithraism practically nothing except documentary evidence exists, whereas the Mithras of the Roman world is known to us almost exclusively from non-literary sources. That brilliant scholar, Franz Cumont, who died in 1947, has neatly summed up the position in his Die Mysterien des Mithra: 'It is,' he writes, 'as if it were only possible to study Christianity through the Old Testament and the mediaeval cathedrals.' Because of this great gap, the story of Mithras is bound to be incomplete and distorted, and those who wish to read it must wait for and assimilate the fresh discoveries which are made year by year.

The early Hittite treaty from Bogazköy proves that some of the first Indo-Europeans had already adopted Mithras into their religions system, and so it is no surprise to find references to him in documents from early India as well as Iran. In the Veda, the sacred writings of India, he occurs frequently as 'Mitra', literally 'treaty'; in the Avesta, the holy book of the Persians, he is called 'Mithra' and a yasht, a special hymn of praise, is dedicated to him. Both in the Veda and the Avesta, Mithra is associated with the supreme being, Varuna or Ahura Mazda, and shares their attributes, but different concepts of his nature have to be distinguished in these writings, since they combine sources of considerable antiquity with later material. Consequently Mithra does not always appear in the same character, and interpretations of him vary from time to time. Scholars who are familiar with these Eastern texts agree that in the early period Mithra was held in such honour that he competed for the crown with the lord of heaven.

To understand the place of Mithra in Iran it is necessary to keep in mind the division of the Persian pantheon into two major groups. On the one hand are the deities associated with Ahura Mazda, the all-wise, who rules over the sublime realm of light, while on the other are the powers associated with Ahriman, the god of darkness. The two groups are in continual opposition to each other, but there will come a day when the forces of good will conquer the forces of evil. In this struggle Mithra has the status of a yazata, that is to say, an ally. He fights in the ranks of the good and righteous. He is a god of light, who in India was already regarded as the sun. Like the Homeric Helios he is all-seeing, and so an avenger of injustice and of everything in opposition to the ordained pattern of the universe.

In one sense, therefore, Mithra is a god of the element of light, and in another he has a place in the cult of Ahura Mazda; he is an extension of the idea of the supreme god from whom he takes his actual being. Just as the supreme god himself is surrounded by attendant powers, Amesha Spentas, who strictly speaking constitute his being, so the Indian Mithra also has lesser divinities around him, such as Aryaman, 'the protector of the destiny of the Aryans', and Bhaga, 'providence', who dispenses fortune. In ancient Persia these two attendant figures survive as Sraosha and Ashi and are to be identified with the two followers of Mithras who appear in the much later mysteries as Cautes and Cautopates. 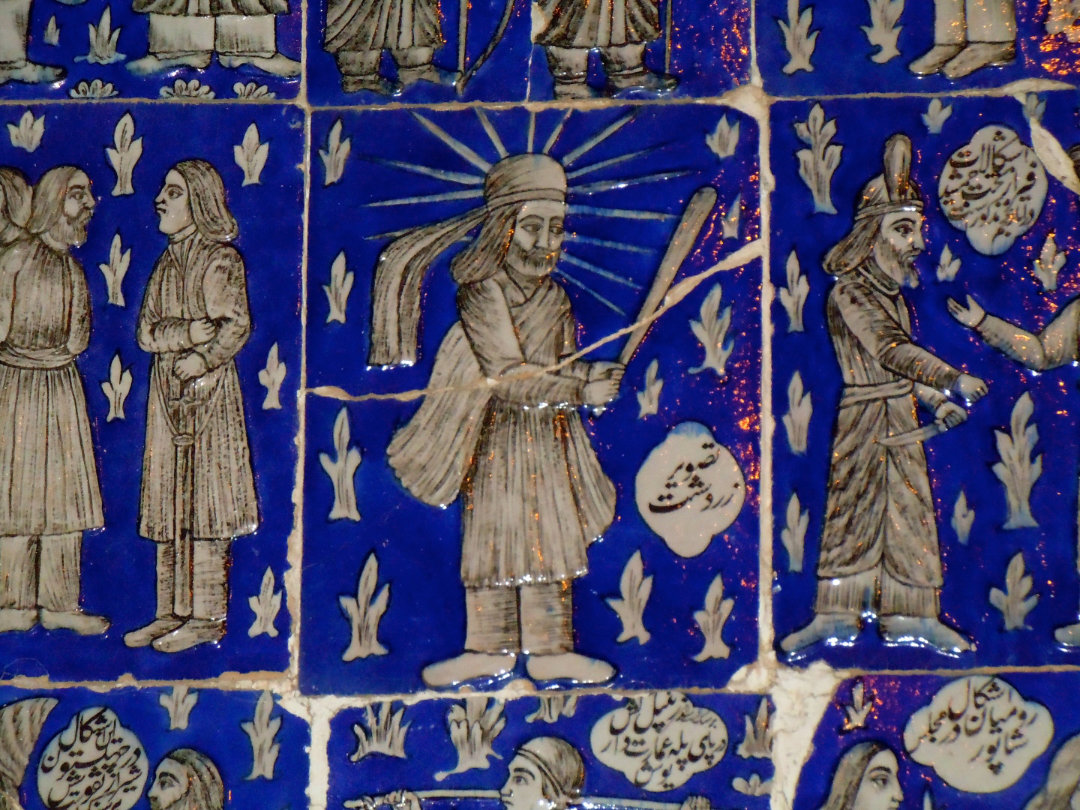 Belief in the great power of Mithra was called in question by Zarathushtra or Zoroaster, the great prophet who worked mainly in Eastern Iran and who lived some time between 1000 and 600 B.C. — The exact date is very widely disputed, but in the present state of our knowledge the latter date is the more probable. — It is a major drawback that his character has largely to be reconstructed from the Gathas, devotional hymns attributed to the prophet and written in an archaic and abstruse Eastern Iranian dialect which is extremely difficult to translate.

It is, however, an established fact that Zarathushtra was a great reformer, who attempted to transform the established polytheism into a monotheist pattern with Ahura Mazda as the sole and supreme god, and so found himself obliged to relegate Mithra to the background. He also attacked the forms of worship of his time, forbidding blood sacrifice such as the bull-offering and denying to his followers the ecstatic enjoyment of the spirituous Haoma. This measure in particular dealt a heavy blow to the Mithra cult, for Mithra was — as we shall see — closely associated with the bull, whose blood, mixed with the Haoma, bestowed immortality.

Whether or not his teaching was subsequently accepted by rulers of the Achaemenid dynasty such as Darius and Xerxes, it is clear that Zarathushtra never succeeded in entirely suppressing the popular feeling for Mithra. At the vey beginning of his career the poet-prophet experienced strong opposition which was to lead to his eventual murder in a temple. Thus in subsequent writings of the Avesta, in the tenth hymn for example, Mithra is reinstated in all his glory. This yasht breathes the true spirit of the popular cult, and the prophet's influence is only to be seen dimly when the all-wise God speaks to Spitama Zarathushtra: 'When I created grass-land magnate Mithra, O Spitamid, I made such in worthiness to be worshipped and prayed to as myself, Ahura Mazdah' (Yasht x,1).

Other passages from the tenth hymn speak for themselves:

I will worship Mithra, who is good, strong, supernatural, foremost, merciful, incomparable, high-dwelling, a mighty strong warrior. Valiant, he is equipped with a well-fashioned weapon, he who watches in darkness, the undeceivable. He is what (is) mightiest among the very mighty, he is what (is) strongest among the very strong; he has by far the greatest insight among the gods. Fortune attends him, the valiant, who with his thousand ears and ten thousand eyes is the strong, all-knowing, undeceivable master of ten thousand spies.

Throughout the whole of this yasht there are references to Mithra's power, his greatness, and his readiness to fight, which specially endeared him to his followers and remained among his attributes for as long as he was honoured. In later centuries, too, these particular qualities inspired the votaries of Mithraic mysteries.


Mithras in the Indian world

In Indian writings such as the Veda Mithra again appears as the attendant of the Lord of Heaven, Varuna. He is closely connected with the power of light and the sun, which is itself called 'the eye of Mitra and Varuna'. The connection between Mitra and the bull, which later became the focal point of the Mithras cult, is perhaps even clearer in the Veda than in the Avesta.

Thanks to Professor H. Lommel, a number of Vedic texts have been translated and can, so he believes, be associated with Mithras, the bull-slayer. Lommel's starting-point is the god of life, Soma, who is the same as Haoma and represents the rain which springs from the moon. He gives life to plants and so nourishes human beings and animals alike.

In creatures of the male sex the sap of the plant is changed into fertile seed, in the female to milk. At death the life so given returns again to the moon and during the waxing of the moon Soma recovers this life force, refilling himself as if he were a bowl and so becoming the god's monthly portion of immortality. In the myth Soma, as rain, is both the semen of the sacred bull who fertilises the earth, and the milk of the all-nourishing heavenly cow. 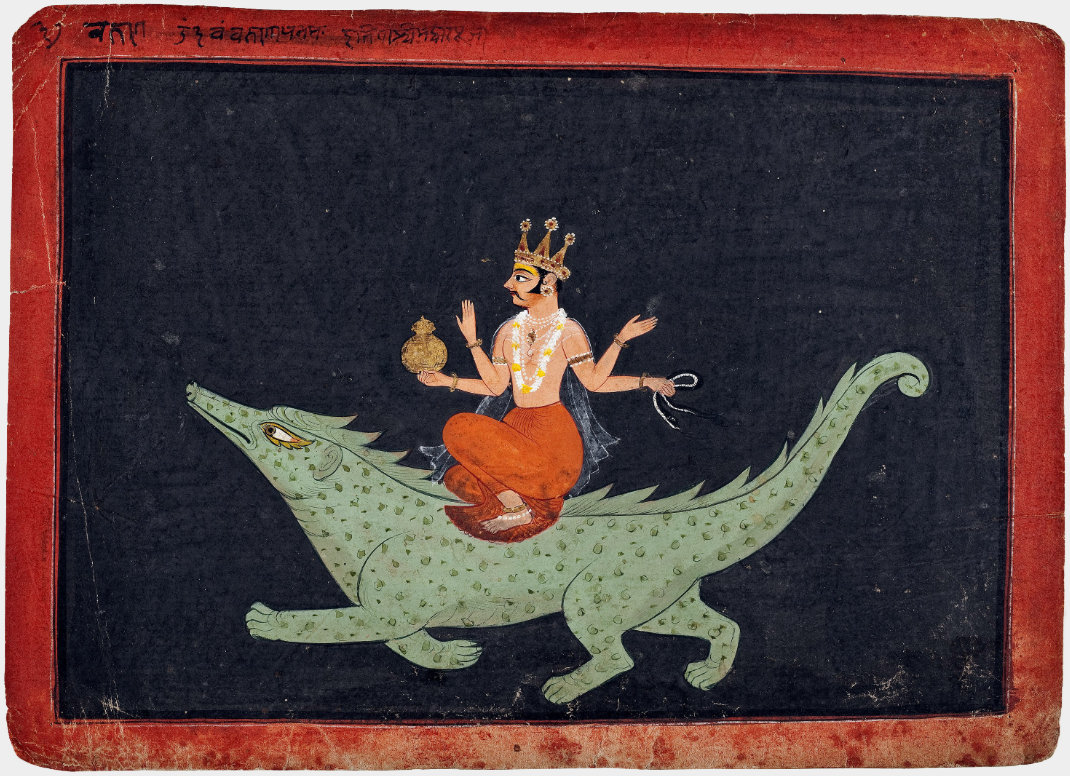 The gods, wishing to partake of the portion because of its gift of immortality, devise a plan to murder the Soma plant which is in fact Soma himself. The Wind-god Vayu agrees and Mitra too is invited to become an accomplice in the murder. The gods speak to Mitra, 'he, whose name means friend': 'We wish to kill King Soma.' He said: 'Not I, for I am friend to all.' They said to him 'Still we will slay him.' In the end Mithra, having been promised a share in the sacrifice, assists in the murder after all, but as result he runs the risk of losing his ascendancy over the cattle, for the beasts turn against him with the towards: 'Though he is friend (Mitra) he has done a terrible deed.' Even Varuna takes a hand in the killing of Soma, who is murdered by being crushed under a weight of stones as in one of the cult ceremonies when the juice is extracted from the stem of the Soma-plant.

Soma supplies the life blood and the drink which is enjoyed by gods, priests and participants in the rite. Thus man is granted immortality, though through the agency of death from which only the gods are exempt.

It is interesting to compare the evidence of the Veda with that of the Avesta and particularly with the group of texts called the Bundahishn, in which the archetypal bull is killed and then the plants are created. In the later Mithras cult the god Soma-Haoma no longer appears, but tradition preserved the killing of the bull and its resultant gift of resurrection and so the connection between the Indo-Iranian cult of Mit(h)ra and the Western myth of Mithras the bull-slayer was preserved.