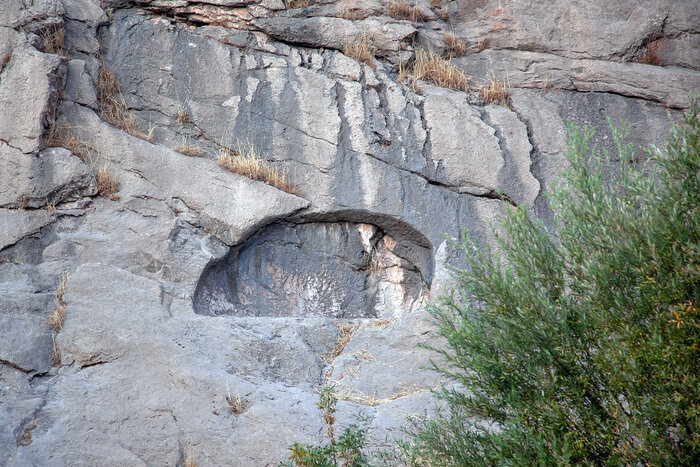 A newly-discovered rock-carving in western Iran could have a link to Mithraism, a prehistorical religion inspired by Iranian worship of the Zoroastrian god Mithra.

The petroglyph was found in western Kermanshah province on a mountainside near Taq-e Bostan, an archaeological complex, which consists of a series of properties from prehistoric to historical periods such as imposing Sassanid-era bas-reliefs, Morad-Hassel Tepe, an ancient village, a Parthian graveyard and a Sassanid hunting ground.

Mithraism, was the worship of Mithra, an Iranian god of the sun, justice, contract, and war in pre-Zoroastrian Iran

It was found upstream of a spring, inside a niche measuring about two meters by two meters, carved some 50 centimeters deep into the mountainside, archaeologist Keyvan Moumivand told IRNA on Tuesday.

Meanwhile, a local tourism official has said that various archaeologists and teams of experts must conduct researches on the rock-carving in order to determine its origins and to make a definitive comment on it.

Some experts say that existence of some Mithraism symbols in parts of the historical zone, including one nearby the bas-relief of Ardashir II, reinforces a possibility that the petroglyph being associated with Mithraism, IRNA reported.